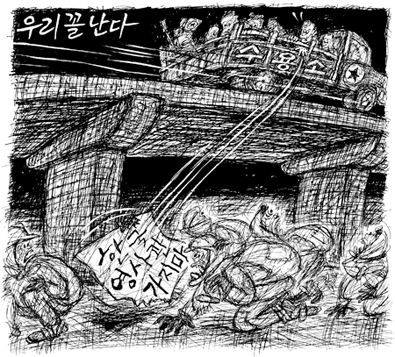 On a prison-bound truck in North Korea, nine repatriated asylum seekers
display a banner reading, “Don’t go to Korean consulates” to other North
Koreans escaping to China. Nine family members of South Korean prisoners
of war in the North were repatriated after being caught by Chinese
police while in South Korean custody.