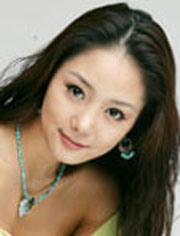 Pop singer Yuni, 26, was found hanging in her closet on Sunday, according to the police. Her grandmother found her dead when she came back from church to her home in Incheon where she and her star granddaughter lived together.


“I was with other family members at church and I came home early and found her dead in her room,” the 71-year-old told the police.
The police are still investigating the exact reason for the suicide, but they suspect she was under a lot of pressure prior to the new album she was working on.
Her family told the police that Yuni had been showing symptoms of depression lately.
Yuni, who debuted as a pop star in 2003, became known for her sexy dance numbers. She was a former adolescent actress who used the stage name “Lee Hye-ryeon.” She starred in “Adults Don’t Know,” a TV show targeting teenagers, and the teen film “Seventeen.”
In 2005, she publicly confessed that her mother had never been married, and that it was difficult to understand why she had to live without a father and live alone with her grandmother. 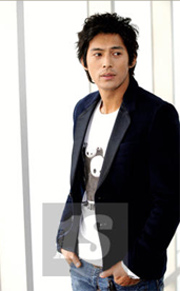 Star admits to dating bar girl
For weeks, rumors followed actor Oh Ji-ho wherever he went that the bar girl who killed herself earlier this month had been the popular TV star’s former girlfriend.

The rumors did not die down even after Oh’s angry agent threatened to take legal action against the Internet users spreading the stories.


It was only last Tuesday, when the actor admitted that the woman known by her bar name “Anna” had been his girlfriend and that they had been very much in love that public opinion shifted from indignation to shock.
“This is Oh Ji-ho,” the 31-year-old actor began in his personal Web log. Oh confessed his feelings for his ex-girlfriend, who was found dead in her apartment bathroom.
“The reason why I am writing is because I still cannot believe she left. I can only weep,” he wrote. “It still hurts [thinking about our past], but everything I read now in news reports describing our relationship has become distorted and meaningless.”
“I was a celebrity who had to constantly be aware of what others think about me, and she was a girl who was not in a position to be proud of her job,” he said.
Oh said he dated “Anna” for one year before she initiated the breakup. She said she did not want to get in the way of Oh’s career.