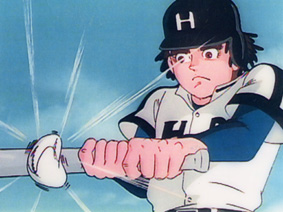 Will the 10-year myth work again? It’s time for the Korean animation industry to find out.
The “myth” started 40 years ago when the first Korean animated feature “Hong Gil Dong” by director Shin Dong-heon opened in theaters and shocked audiences with its grand scale.


A newspaper in 1967 said that the length of the paper sheets used to make the film would be 3,459,000 centimeters long if laid end to end, or about 150 times the height of Mount Namsan. Four hundred people worked on the project for over a year. They did not have celluloid film so they recycled film stock obtained from a U.S. military base, using sodium hydroxide. The animated feature was the second-most-popular film that year.
Since then, Korean animated films have made extraordinary progress, surprising animation fans with a notable and groundbreaking film in every decade. The ‘70s had “Robot Taekwon V,” an animation about a taekwondo robot fighting evil. The ’80s had “Tteodori Ggachi,” a teen baseball animation, followed by the “The Baby Dinosaur Dooly” in the ’90s.
Now, in 2007, animation addicts await “YeoYoobi” by director Lee Seong-gang. It opens on Thursday and many think it will be the animation film of the decade.
Mr. Lee is a good figure to represent the Korean animation industry. A psychology graduate from Yonsei, the former independent short animation film director won the grand prize for features at the French Annecy International Animated Film Festival in 2002 for his work “My Beautiful Girl, MARI.” 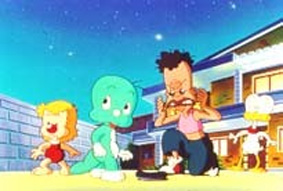 When Mr. Lee announced his next animated work, “YeoYooBi”, would require a total of 2.7 billion won ($2.9 million) and would take three years to complete, the Korean Film Council said they were glad to contribute 800 million won, and the Korea Content Export Information System came in with an additional 150 million won. The two government departments clearly believe that Mr. Lee will be the next incarnation of the 10-year myth. 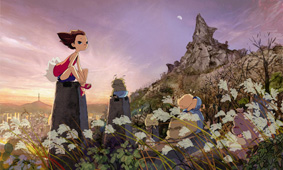 
If “MARI” was limited to aestheticism, “YeoYooBi” has action and more power. It is based on a folk tale of foxes that turn into humans by bewitching them. The animation features a cute fox who is not happy with her human incarnations but falls in love with a spoiled boy who refuses to go to school because he wants to be a comedian instead. In the course of the film the two children learn about the value of honesty and the meaning of sacrifice. The story is given more depth by a range of supporting characters that include a gnome from outer space, a mother bear who has lost her cub, a fox hunter and a “shadow detective” who longs to have a body of his own.
One of the setbacks for Korean animation has been the simplicity of its storytelling, but “YeoYooBi” seems to have overcome this. Movie stars Sohn Ye-jin, Ryu Deok-hwan and Gong Hyeong-jin do the voices.
In general, “YeoYooBi” is very much like Mr. Lee’s personal response to Hayao Miyazaki’s “Sen to Chihiro no Kamikakushi” or “Spirited Away” as it is internationally known. The Japanese director’s acclaimed work also revolves around a 10-year-old girl. Certain scenes in “YeoYooBi” remind me of the Miyazaki style that focuses on the progression from childhood to maturity.


The Korean animation industry is certainly hoping Mr. Lee’s work will go beyond that of Miyazaki’s. Mr. Lee chose to create his picture like a watercolor painting instead of using the bright primary colors deployed by Miyazaki. In contrast to the conventional technique that overlaps four celluloid films to make an animation clip, Mr. Lee used over 10 overlapping celluloid films to produce a greater depth of color.