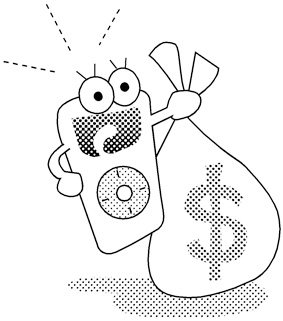 When traveling to foreign countries, many occasions arise when it be comes confusing to decipher that country’s level of prices.
In such cases, the Big Mac Index becomes a useful standard.
“The Economist” started publishing the quarterly Big Mac Index in September 1986; it functions as a standard for measuring the worth and price value of the currencies of each country.


The index converts dollars into the price of the Big Macs sold by the global fast-food chain, McDonald’s.
For example, the Big Mac, which sold for $3.10 in the United States, sold for $2.06 in Japan and $2.59 in Korea, readily indicating prices are the highest in the United States, followed by Korea and Japan.
Because the quality of the product is standardized, the prices of the Big Mac can be compared because the weight and content of the Big Mac are the same worldwide.
They call this PPP, or “purchasing power parity,” in economics. As “The Economist” claimed, “the Big Mac Index is a more digestible exchange-rate theory everyone can understand.”
However, there is a pitfall here ― each country consumes a different amount of hamburgers.
Hamburgers are harder to get in countries like the Czech Republic or Russia compared to the United States; specialty foods are always more expensive.
Naturally, the price of Big Macs in countries outside the United States will be inflated.
Despite these factors, the wide acceptance of the Big Mac Index can be attributed to the power of McDonald’s.
It is very interesting that BEST, or the “Board of European Students of Technology,” used the Big Mac Index as the common currency before the euro became the popular currency.
Recently, the Commonwealth Bank of Australia issued the CommSec iPod Index, which compared the prices of the widely popular Apple MP3 player, iPod, instead of using the Big Mac Index. This index converted to dollars the price of the 2 GB iPod Nano being sold in 26 countries.
According to January 2007 statistics, the iPod sold for $149 in the United States, $176.10 in Korea and $147.60 in Japan.
If Korea’s iRiver (Reigncom) or Samsung’s Yepp MP3 players, which had ruled the MP3 market at one time, had continued their dominance, one might have seen an iRiver or Yepp Index instead.