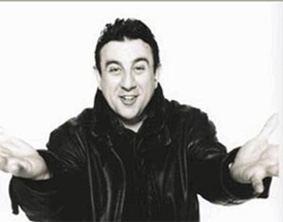 Jazzy M of Ministry of Sound,

This weekend, Gangnam’s two hot spots will be swept up in a British wave of dance music. The belated arrival of the world renowned institution, the Ministry of Sound, will bring its two most celebrated DJs to Seoul: Jazzy M and Damien Saint.


Founded in 1991, the Ministry of Sound has become one of the leading clubs in the world of electronic dance music. Over the years, its name and music have reached fans around the world and attracted them to its headquarters on 103 Gaunt Street, London. The “MoS” has branched out with Asian franchises in Taipei, Singapore and in Bankok.
Seoul may be far from opening a franchise, but the two leading dance clubs, Circle and Garden, are offering two back-to-back nights of MoS entertainment. Tonight and tomorrow night at Club Circle in the trendy Cheongdam-dong district, the legendary “Godfather of U.K. House,” DJ Jazzy M, will be featured.

Damien Saint of Ministry of Sound Singapore, By the organizers

Jazzy M played the first record on the Ministry of Sound’s opening night. He remained there for seven years and released albums while collaborating with big names like Peter Tong, Darren Emerson, Carl Cox, Orbital and dozens more. Since then he has toured extensively at clubs, including Cream (Liverpool), Bed (Sheffield), Milk (Belfast), The Pod (Dublin) and of course, the MoS (London). In 1997 he also introduced house music to Asia on the British label’s groundbreaking China tour. Jazzy M’s mix album released in 2001, the fourth in the “7 Live” series, recorded in conjunction with DMC, sold out in its first week. He has also maintained a radio spot.
Having celebrated 25 years in the music industry, Jazzy M is working on re-launching his own label, Oh Zone Records.