[Book in brief] Tigers and bears, and more

[Book in brief] Tigers and bears, and more 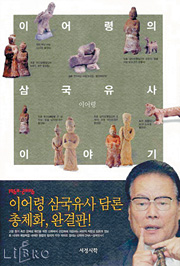 
From Lee O-young, the man who has led Korea’s cultural and social debate for the past 50 years, comes a new book compiling his life’s best work on interpreting and confuting the ideas of eastern philosophy based on Samguk Yusa classics.
In “Lee O-young’s Samguk Yusa Stories” (Lyricism and Poetics publishing), Mr. Lee unfolds his ideas in dialogue form with the help of the poet Lee Chae-gang. Lee O-young is a good storyteller and he makes his points with metaphors, such as when he compares Eastern philosophy to a bear, a creature that is calm and quiet, while Western philosophy is like a tiger, an aggresive creature motivated by victory.
The book also celebrates the 800th anniversary of the birth of the Buddhist monk Iryeon, the compiler of Samguk Yusa, or Memorabilia of the Three Kingdoms, a collection of legends, folktales and historical facts about the Goguryeo, Baekje and Silla kingdoms. By Lee Min-a 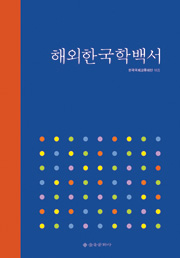 Centers for Korean studies
A comprehensive report on Korean study programs provided by universities around the world has been published by the Korea Foundation.
The book, titled “White Paper on Korean Studies Abroad,” looked at Korean studies programs at 632 universities in 55 countries.
A Korean language course was first offered at St. Petersburg State University in 1897, and since the foundation was established under the Ministry of Foreign Affairs and Trade in 1991, the number of universities offering Korean studies program increased from 150 in 30 countries to 730 in 60.
With the support of the Korea Foundation, major universities around the world, including Harvard, Stanford and Oxford, began offering Korean programs in the 1990s. The book contains a list of faculties that teaching Korean studie and their contact information. It is priced at 120,000 won ($126). To purchase, call Eulyu Munhwasa at (02) 733-8151~3. By Lim Jae-un 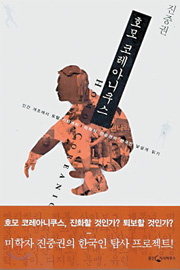 Koreans by Frankenstein
“Homo Coreanicus” (Woongjin Thinkbig Publishing) is a collection of essays by Jin Jung-gwon on the various habits of Korea’s fast-changing society from past to present.
The book uses keywords to describe the changing mentality of the Korean people, like “a mass game,” “an office worker,” “a knockoff,” “digital,” “cyborg,” and so on.
The author, a cultural critic who has published a number of best-selling essays, presents a sharp analysis of Korean society while predicting the shape of the nation’s future, as well as the pattern of production and technology in years ahead. His use of metaphors is poignant. For example he brings Descartes to explain the scandal of embryo-fraudster Dr. Hwang Woo-suk while using Frankenstein as a means to analyze modern Koreans.
The book is not only a critical essay but is also a history of how the mentality of Koreans has shifted over the course of time aesthetically and culturally. By Park Soo-mee 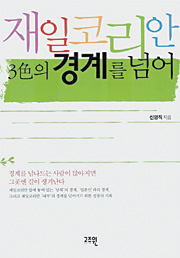 Complicated layer cake
Shin Myeong-jik’s “Beyond Three Layers of the Korean-Japanese” (Goswin) delves into the identity of Koreans in Japanese society, based on his experience of teaching at Japanese universities as a guest professor.
The author explains that the identity of Korean-Japanese suffers from the barriers they’ve erected against the Japanese, their fellow Koreans and the Korean-Japanese within their community. The book also looks at ways to integrate the education of ethnic North and South Koreans living in Japan (Currently there is a great divide between Koreans in Japan who endorse pro-North Korean doctrines and those who support the democratic government in the South). The author also discusses ways Koreans can reconcile themselves psychologically with the Japanese whose history with Koreans is marked with various atrocities. By Park Soo-mee