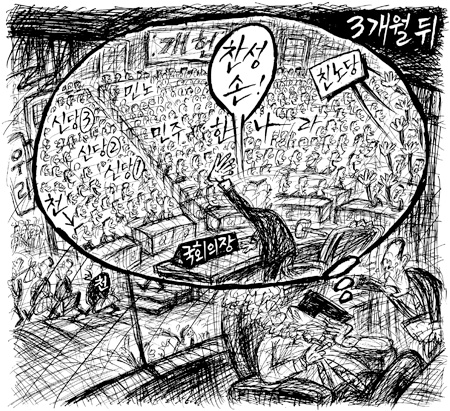 President Roh Moo-hyun imagines the makeup of the National Assembly
in three months. He guesses that only a small group of lawmakers loyal to
him will vote for Mr. Roh’s bill to revise the constitution in order to allow a
president to run for two consecutive four-year terms. By Kim Sang-taek