The power of persuasion

The power of persuasion 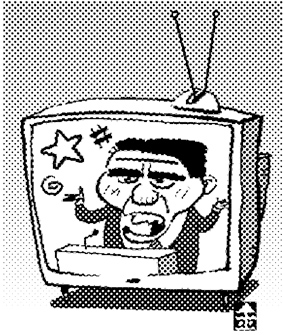 A lecture directed at a large audience or a conversation between two people will illicit a lukewarm response when the contents of the speech or conversation are foreseeable. When watching a comedy skit repeatedly, the intensity of the laughter subsides; it eventually becomes annoying to watch.
If one wants to grab the attention of an audience or an interlocutor, the subject matter and method of delivery must be refreshing ― this induces the audience to listen and gains their interest regardless of the fact that they may be benighted about a particular subject matter or idea. The power of delivering a message grows with the utilization of specific examples and animated metaphors, which also holds true when trying to persuade a person. Concentration increases and understanding becomes more profound only when a certain degree of difference exists between positions. This is referred to as the “discrepancy effect” in human communication theory. When trying to convey a certain message, the greater the gap in thought between the conveyor and the counterpart, the greater the pressure for the counterpart to accept the idea. This ultimately leads to an increase in the effectiveness of the delivery.
However, the difference in positions must be tangible enough for dialogue and persuasion to occur. When the gulf between positions remains too wide, dialogue and persuasion cannot take place. Continuing to assert ideas one-sidedly despite a reluctant interlocutor creates the adverse effect of extreme repugnance. When wanting to be persuasive and amplify the effects of mutual understanding, one must deliver a message that deviates only a proper amount when considering the posture and information level of one’s counterpart.
In the political arena, “explosive announcements” and “surprise shows” captivate the people, implying that fresh subject matter and unconventional forms of delivery are effective tools. However, there are limits to this kind of technique, as well.
The message must be fathomable to the people; eccentricity must be tempered because too much eccentricity becomes mundane.
President Roh Moo-hyun, who has always stressed direct communication with the people, appeared on national television four times this year, addressing the people with the radical idea of a constitutional amendment.
However, the people have given him a chilled response. Was it because the idea of constitutional amendment was too aloof or was it because the freshness of overused eccentricity had run its course?