Charity is fine, but watch it

Charity is fine, but watch it 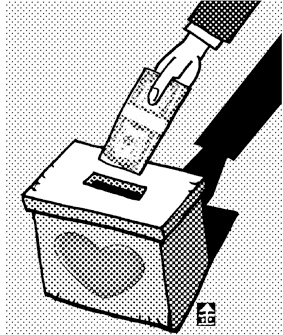 In his book “Adventure Capitalist,” Jim Rogers writes, “American churches and charity organizations send relief to poverty-stricken areas in Africa, but as soon as the supplies reach the airport, illegal brokers confiscate the goods and sell them on the market; they are destroying the business foundation of the local medical and textile businesses, exacerbating the poverty situation. Although importing African-made garments provides fundamental help, the United States does not want to decrease the number of its own textile workers.”
The culture of philanthropy is explicitly linked to the idea of “sustainable business management.” As such, “non-strategic philanthropy” can be counterproductive, as was the case with the African aid. Recently, in the United States, efforts have been made to cultivate “charitable industries” by reinforcing the effectiveness and profitability of “charity work.” The British magazine the Economist points out two major trends. One is “billanthropy” or the atmosphere of good-natured competition between these groups. The other is the formation of foundations like the Bill and Melinda Gate’s Foundation, with an endowment larger than the yearly budget of most countries ($60 billion).
There are too many watchful eyes to manage funds in an ad hoc manner; the United States is the donation capital of the world, with endowments ($260 billion) reaching 2 percent of the GDP.
Billionaire investor Warren Buffet donated 85 percent of his wealth, or approximately $37 billion, to Bill Gates’ charitable foundation. Mr. Gates, creator of the Microsoft empire, announced that he will leave Microsoft to manage his charitable foundation.
The co-founders of the world’s largest portal site, Google, have pledged to embark on “charitable ventures.”
The for-profit philanthropy called Google.org began with $1 billion in seed money. Its first project was the hybrid car.
The MBA program at Oxford University offers venture philanthropy courses as subsidized businesses like philanthropy consulting become very popular. During the Davos Forum, which opened in Switzerland last week, the forum labeled this trend with a new word, “philanthropreneurs.” People are clamoring about the transparency and thriftiness of philanthropies. It goes without saying that the social welfare budget paid for by people’s taxes should undergo the same level of scrutiny. We should listen to the advice of Harvard Professor Michael Porter, who said, “When looking at charitable foundations, they have too many workers and frivolous expenses.”