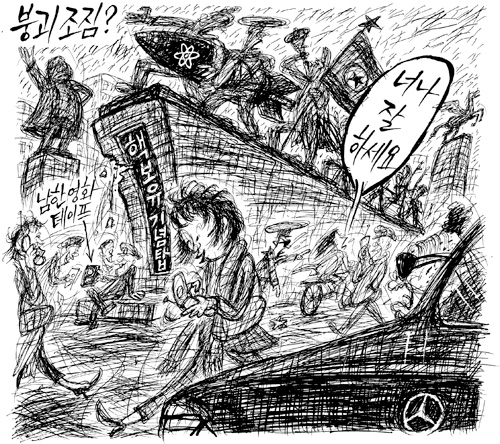 North Korean citizens on the streets of Pyongyang follow South Korean fads
and fashions. Some, under the tower of the “Juche ideology,”boast of having
videotapes of South Korean movies and TV dramas. One person yells,
“Mind your own business,” an expression that became a fad after the movie
“Sympathy for Lady Vengeance” was released here.