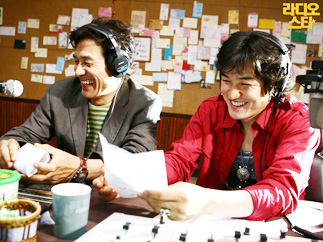 A scene from ‘Radio Star’

Director Lee Joon-ik turned Park Joong-hoon into a passe rocker from the ‘80s in his film “Radio Star.” Kim Yong-hwa wanted Kim Ah-jung to play an obese understudy singer in “200 Pounds Beauty” and Kim Sang-chan and Kim Hyeon-su made Cha Tae-hyun dress up in a tacky, glittering costume to act like a rookie “trot” singer in the upcoming “Bbong Feel.”

Apparently, the main obsession of film directors these days is to have a singer or two play the main roles in their blockbusters ― aside from the fun they must have making the musical stars of our times embarrass themselves in thick latex or silly outfits as they try to master acting.
But the industry is quite happy with these films and it expects to make more. Critics say they have all the elements of a movie that sells: a good story and lots of entertainment.
“It’s a good item for a touching storyline, “ said Im Jin-mo, a film critic. “These three recent films featured a singer who starts from the bottom and gets to the top, “The stories have ups and downs as stars mature or collapse and they often tell the truth about the pop industry, “ he said. 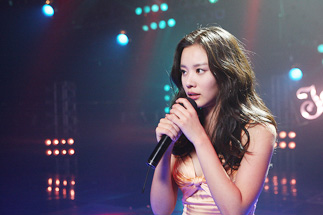 In fact, “Radio Star” is about washed-up rocker Choi Gon who ends up working on shabby stages to earn money for food. The story is real enough.
“200 Pounds Beauty” also depicts an aspect of reality. An entertainment agency only lets Kang Han-na sing in secret as an understudy for another prettier girl because she is fat and ugly ― that is, until she has plastic surgery.
The upcoming “Bbong Feel” is also a sad comedy about a rookie rocker who is forced to change his singing style to trot, a nasally, old pop genre.
“A singer can become a star overnight and vanish as quickly,” said Kim Jak-ga, a popular culture critic. “And that makes it a good theme to use in a movie because it causes tears and dramatic excitement.”
So they provide good storylines. But why chose out-of-fashion rock and even trot for the film’s musical backbone?
Nostalgia, says Song Gi-cheol, a music critic.
“In the 1980s and even into the ’90s, the brilliant stars of our times were mostly singers, not movie stars or television figures,” he said, also referring to the fact that the music record industry has been on a downward curve, especially in terms of sales. “And hearing the songs of that time brings back our memories of the dazzling past, when we had big pop stars.”
Film critic Lee Sang-yong agrees. 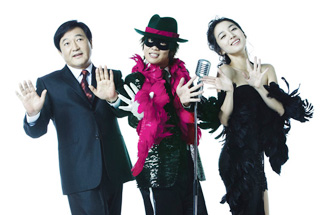 “As an example, ‘Radio Star’ attracted a big audience among middle-aged people who miss the songs of their times,” he said.
But other critics say just three comedy films about miserable singers do not mean the local film industry has succeeded in finding a new trend. Korean films currently depict fictional characters that are hard to sympathize with.
They point out that the best Hollywood movies that depicted a singer’s life are mostly about actual figures who inspired many.
There was “Ray,” about the life of jazz singer Ray Charles, and “The Doors” about Jim Morrison, the late lead singer of the film’s namesake band. Stories about Kurt Cobain and James Brown are also on the way.