[Talk of the town]HALLYU TO BE SUBJECT OF HARVARD FORUM,and more

[Talk of the town]HALLYU TO BE SUBJECT OF HARVARD FORUM,and more 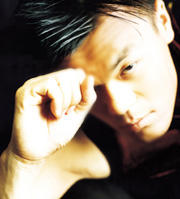 Park Jin-young, a former singer and the producer for Asian pop star Rain, is going to Harvard University in the following weeks to give a special lecture on the Korean pop culture phenomena sweeping Asia.
JYP Entertainment, of which Park is the head, said the university had described Park as the first Asian producer to make albums for Will Smith, Mase and Cassie, and to put them in the top 10 of the U.S. Billboard charts.
“Harvard thought highly of Park because he had also recently made an agreement with Lil’ Jon to cooperate in producing an album for a young Korean singer, Min, whom he is currently helping to make her debut in the States,” the company said.
For 90 minutes, Park will be speaking in English at a forum called “Hallyu: A Dialogue.”
The forum is the first of its kind to study Korean pop culture and its effects in the world. It will open on Feb. 16 at the John F. Kennedy School of Government at Harvard University.
Through his company, Park said he was honored to be invited by the world’s best university to give a lecture.
“This shows that there is an increasing interest in Asian culture. One of my deepest wishes is that I will be able to arouse more interest [in Hallyu] among the prospective world leaders who will be listening to the speech,” he added.

Actor Lee Jun-ki has been invited to appear on a Chinese television show specially arranged by Shanghai Dragon TV and the Shanghai Media Group to celebrate the upcoming Chinese Lunar New Year.
He is the only Korean among some 300 Asian stars invited to the event, evidence of his growing popularity in China.
The star of the blockbuster film “Royal Jester,” previously known as “The King and the Clown,” is expected to introduce a recipe for Korean food and share his New Year’s resolutions with fans.
Many of his Chinese fans have already posted notes about the food that he will introduce and made suggestions about what they want him to do on the show on the program’s Web sites.
Some fans said they wanted to see him dance or sing songs.
But the majority said they wanted to see his taekwondo skills, which he has previously said he learned as a young boy.
The show will air on Chinese New Year’s Day, which this year falls on Feb. 17.
mina@joongang.co.kr 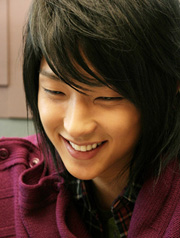