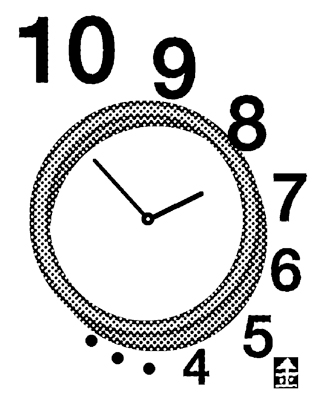 Knowing when a certain event will take place can be a blessing or a curse. When it is a happy event ― like a birthday, a holiday, a promotion, the posting of a list of successful candidates or the date when an infant is expected to be born ― we wait in anticipation, counting down the number of days.
However, when it is an ominous and unfortunate event, we dread its approach. It is even painful to think about how much time remains before the calamity is due to occur.
A countdown refers to the time remaining before arriving at a designated point of time. It is a concept that was developed to prepare for launching a missile, satellite or rocket without a glitch.
There is plenty of complicated preparation work required in order to launch a large rocket; time is read backwards from the estimated launch to execute the procedures at exactly the right moment.
If an error is detected during any part of the countdown, it is automatically terminated, and the launch is cancelled. The final 10 seconds of a countdown as they reverberate through the public address system can create a very tense, nervous and sometimes grim atmosphere. “10, 9, 8... 2, 1...Lift off!” When the launch is successful, people are relieved and cheer.
We experience countdowns in our everyday lives. There is the countdown to the new year. Putting aside the regrets of the past year, people count down the last 10 seconds of the year in unison to welcome the new year.
Counting down the new year, which is an artificially created segment of time, has become an international ritual that inspires people and gives them a sense of identity.
In the United States, the “Bush Countdown Clock,” which counts the number of days left in the Bush presidency, is selling very well.
Of course, the clock is popular among figures in the Democratic Party who despise President Bush. A picture of George Bush and the words “Our national nightmare will soon be over” are printed on the face of the clock.
It is clear his opponents must be very dissatisfied with George Bush if they want to count down the final days of his presidency, but it remains to be seen if looking at a clock for the last two years of George Bush’s presidency will be a joyous or agonizing act.
There is no news of anyone producing a clock that counts down President Roh Moo-hyun’s final year in office. However, when observing the fervent interest in the countdown to the election, the people in our country seem a lot more positive compared to Americans.