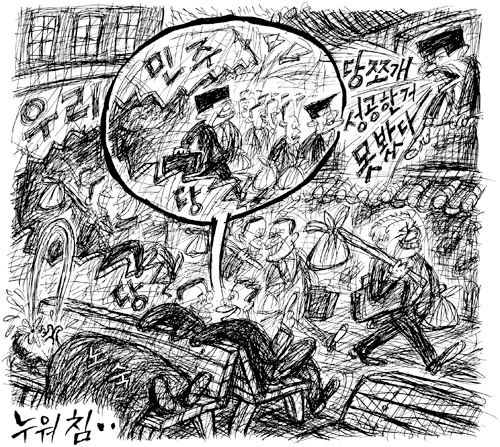 President Roh Moo-hyun denounces lawmakers bolting away from the Uri Party, saying “I have not seen anybody who was successful after splitting away from his political party.” People on a bench nearby note that Mr. Roh himself defected from the Millennium Democratic Party, on whose ticket he won the presidential election in 2002. The cartoonist calls it “spitting on himself.”