I bequeath to you my face

I bequeath to you my face 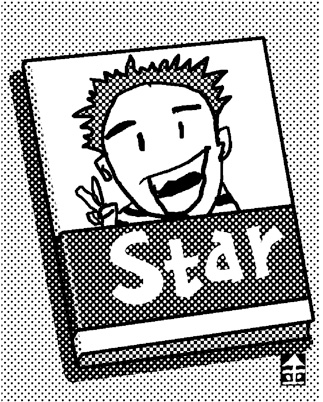 Ten years ago, the phrase “publicity rights” was unfamiliar in Korea when the underwear brand “James Dean” became mired in an international lawsuit. The surviving family members of movie star James Dean who died in a car accident in 1955 while still very young, filed a lawsuit in a Korean court, suing for millions of dollars on the grounds that Dean’s publicity rights had been infringed upon. At the time, the courts did not rule in favor of the plaintiffs; however, as the entertainment business grew, and more lawsuits of a similar nature surfaced, and the courts reversed direction and created precedents that recognized these rights. (From “Cases on Entertainment Business” by Jeong Gyeongseok,)
The issue of rights to one’s image was at the core of the dispute. There has been a history of discord over an individual’s right to protect their likeness that has been in progress ever since the invention of photography. Furthermore, during the middle of the 20th century, publicity rights became important in the West. Stars realized their images were worth money. They started to use publicity rights to protect the value of their fame.
Movie stars Jang Dong-keon and Lee Byung-hun won a court ruling and record companies were ordered to pay them damages incurred for illicitly using their pictures. There are signs that the market for buying and selling the rights to one’s name will flourish. For example, professional baseball players intend to charge a regulated fee to businesses that use their names for commercial purposes. Last spring, after asking the public to come up with a Korean word for publicity rights, the National Institute of the Korean Language selected the word “chosangsayonggwon,” and they made an appeal to the public to use it; this demonstrates how profoundly publicity rights have become part of everyday life.
When looking at a recent court ruling, it seems the days when we adamantly assert the publicity rights of the dead are not far off. This particular court ruling regarded the novelist Lee Hyoseok, who wrote “When Buckwheat Flowers Blossom” and passed away in his mid-30s. A surviving family member sued a company that had used his picture on one of their coupons. The judge ruled: “The publicity rights of the deceased are a type of copyright and can be inherited. Furthermore, these rights are recognized for 50 years after death.” The request was denied because the statute of limitations had expired; however, it is profoundly significant that the courts ruled a dead person’s face can be a property right. The day is fast approaching when celebrities will include publicity rights in the list of assets to be passed to their heirs.