The garden of deceit

The garden of deceit 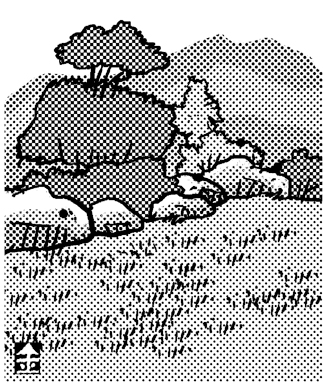 Yuyuan Garden in Shanghai and Humble Administrator’s Garden (Zhuozheng Yuan) in Suzhou represent the garden culture of ancient China. In those gardens are splendid pavilions, small lakes, decorative rocks and an extravaganza of garden plants. Built in the Ming dynasty, these gardens display the height of lavish expenditure, considering the situation most laymen faced at that time.
But one garden had previously represented the garden culture of China long before these two. It is the Liangyuan Garden, created by Prince Xiao of Liang, the son of Emperor Wen of the Han Dynasty, and located in Kaifeng in Henan. It was also known for its lavishness, as were the Yuyuan Garden and the Humble Administrator’s Garden. The garden seems to have included pavilions of different shapes and colors and to have had a lake, exotic rocks and beautiful plants, although the garden has now deteriorated too much for us to know much about its past splendor.
Due to its scenery and the composure it represented, the Liangyuan Garden was admired by the celebrities of Han, who pined to visit it at least once. Prince Xiao did invite numerous contemporary celebrities to his garden. As the Korean proverb says, generosity comes from the pantry, and Prince Xiao treating his guests lavishly.
Many wandering intellectuals of the Warring States Period found relief in his sumptuous generosity. But that generosity did not last long, because the prince was removed from the center of power after a bitter loss in a power struggle and after incurring the anger of the emperor.
People stopped visiting the Liangyuan Garden, which had once been crowded with guests. Sima Qian recounts the story of the Liangyuan Garden in his book, “Records of the Grand Historian,” with a saying from visitors that goes, “the garden is nice, but not a place to stay long.”
This saying is used as a warning in China and suggests that a person becomes lazy once he feels too much contentment. Its contemporary usage in China aside, the saying is an example of the flip judgment the people make as they watch the rise and fall of the powerful.
Betrayal and desertion ― these two elements always emerge during a power struggle. A group of Uri Party members have left the party. Yet their statements do not explain the reason well. It would be much easier to understand if the reason they offered was that they wanted to escape a sinking ship. But maybe it is a strategy to save the ruling party. If that is so, then these politicians are deceiving the citizens and should stand by for further condemnation.