Exhibit to explore photos as fiction

Exhibit to explore photos as fiction 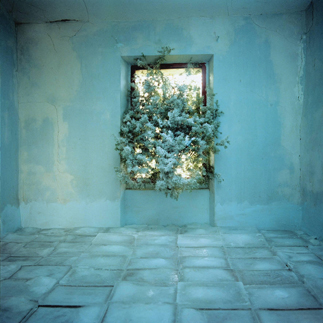 The works of one of the relatively hidden jewels of photographic expression, Bernard Faucon, will be on display at the Gallery Kong from Feb. 9 to March 18 in the Jongno district, central Seoul.
Although his works have been widely influential to artists ― not only in photography but also for fashion designers, avant-garde directors and novelists ― he is relatively unknown among the general public.
Mr. Faucon was born in southern Provence, France and graduated from the Sorbonne as a philosophy major. He delved into fine arts and painting after graduation but during the late 1970s, he began a lasting pursuit of photography.
From the late 1970s to the 1980s, a handful of post-modernistic photographers began to look at photos as strictly fictional, concocted images and used photography to express their concepts of “virtual reality.” Mr. Faucon was the frontrunner of this movement and introduced the concept of “making a photo,” or a “mise en scene photo,” in 1977.

The artist is known for using highly saturated colors. His sometimes poetic and often avant-garde imagery has a vivid impact, looking almost like a graphic dream stored in the back of one’s memory.
His works have been shown in over 300 solo exhibitions and won him accolades, including the Grand Prix National in 1989 and the Prix Leonard de Vinci in 1991.
His major photographic series include Les Grandes Vacances (meaning summer vacation), from 1977 to 1981 and Les Chambres d’amour (rooms of love) from 1987 to 1989.
Mr. Faucon retired from photography in 1995 to write books, which have been published in France and Japan.
In this exhibition, 22 of the artist’s vintage edition photographs will be on display, all of them his early works from the 1970s and 1980s.
According to the gallery, this is the first Bernard Faucon exhibition in Korea to date. The exhibition’s organizers thought the exhibition was appropriately timed, given Korea’s present photography boom. 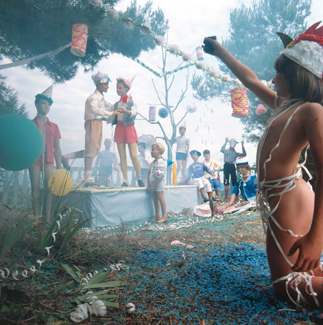