Let the winner take all

Let the winner take all 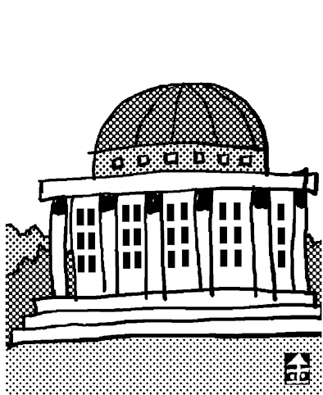 Earlier this year, the first female speaker of the U.S. House of Representatives, Nancy Pelosi said, “The election of 2006 was a call for change ― not merely to change the control of Congress, but for a new direction for our country.” The Democratic Party has reclaimed control of Congress, Democrats now head all the committees, and Democrats have pushed through several bills in succession. They have also called for a hearing to appraise the six years of the Bush administration.
Last weekend, President George W. Bush rushed to Williamsburg, Virginia to speak at the Issues Conference of the House Democratic Caucus. He had not done this in six years. Even President Bush had no choice but to submit to the opposition’s majority status.
The Korean National Assembly has changed as well. After the elections held on April 15, 2004, the Uri Party lost its majority, which it had held for only one year. Earlier this week, mass defections meant the Grand National Party became the largest bloc in the assembly. What happens to the assembly posts during these times?
Before the Fifth Republic, Korea’s National Assembly resembled the United States and had a “winner takes all” characteristic. This fell apart during the 13th National Assembly in 1988, when the opposition parties led by the Three Kims (Kim Young-sam, Kim Dae-jung and Kim Jong-pil) defeated the Democratic Justice Party. The compromise reached then was that a member of the largest party would fill the post of speaker and the chairmen of committees would be shared according to the number of seats held.
Park Kwan-yong become the first speaker of the National Assembly to come from an opposition party during the latter part of the 16th National Assembly, when President Roh Moo-hyun came to power. This occurred during a period when the National Assembly passed an impeachment motion against President Roh.
In a time when members of the Uri Party are asking President Roh to leave the party, the premium attached to being in a party that is the ruling party in name only has all but lost its significance. Even if the speaker is allowed to continue his term, what about the chairmen of other committees? Kim Han-gill, the chairman of the House Steering Committee, was responsible for managing the National Assembly― his defection leaves a void. The chairmen of the Culture and Tourism Committee, the Construction and Transportation Committee and the Special Committee on Budget and Accounts, who were members of the Uri Party, have all defected, and they no longer have any affiliations.