[Book in brief] Don’t fight a mother ostrich, and more

[Book in brief] Don’t fight a mother ostrich, and more 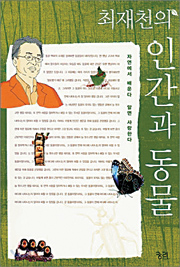 There are certain expressions in Korean that are meant to insult people by using the names of animals. Common examples include “you couldn’t toss a bad habit to a dog,” “ignorant as a bear” or “worse than an animal,” which is often used to describe people who are causing harm to others. Such expressions suggest that humans are somewhat superior to animals. But there are countless examples of knowledge that human beings have derived from nature, such as the way the design of automobiles and airplanes were derived from fish and birds.
Choi Jae-cheon, the author of “Human and Animals” (Gungri Publishing), is a primatologist, one of the few in Korea, and he believes that man has a lot to learn from animals, a view he bases on the fact that man was one of the last creatures to evolve. In other words we don’t have seniority and, in true Confucian style, we should learn from our elders.
His book explains how, in animal society, they help each other to feed; for example, a small fish that cleans the mouth of a big fish as he eats the detritus on its teeth and organisms that live inside the white ants, breaking down cellulose in trees.
The author explains that they were able to survive evolution only because they realized the wisdom of helping each other. He uses this claim to sound alarms about man’s selfish abuse of the environment.
There are stories about ostriches, who are considered the most effective mothers in animal society. Female ostriches are noted for raising their offspring as they move from one place to another. When they meet other ostriches with offspring, they start a fight. In the end, the winners get to raise the offspring of the losing mothers, because the more offspring they have the less chance there is that all their baby ostriches will be eaten by predators. The book, which summarizes the author’s lectures on TV, covers a wide range of topics including love of children, animal language, economics and politics. By Kim Seong-hee

These shorts are chivalrous 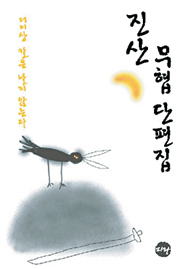 “Jinsan’s Chivalry Shorts” (Paran Media) is a collection of short stories by one of the few female authors writing “chivalry novels,” a type of martial arts genre. As a rare take-off on the genre, however, the book puts together a series of vignettes that touch on different elements of the main story.
Unlike many chivalry novels, which typically deploy bizarre supernatural phenomena to provide sources of tension, this book is like “a romance novel wearing the mask of chivalry novel” according to the publishers.
The book is made up of seven stories, which Jinsan calls “the mutants.”
The first story tells the tale of a mad swordsman; the second is the story of an admiral who risks his family’s life to obtain the code of chivalry during the Silla Dynasty.
The action in the stories takes place over 10 years, but they have a hook that unites them. Perhaps the book’s strength stems more from the compelling descriptions of the characters than the story itself.
By Lee Jeong-Jae 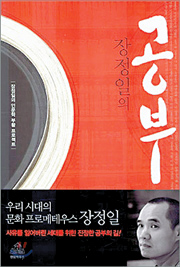 “Jang Jeong-il’s Study” (Random House Korea) is a book of anthropological essays from the author of several controversial novels, including “Lie to me.” Aside from the poems and novels he writes, the author, who is known for being exceptionally well read, has published six “reading diaries” based on his thoughts about various books he has studied. His reading habits mean that he is often considered to be a “cultural Prometheus” (one who steals knowledge from the Gods) among Korean intellectuals, given that Mr. Jang refused to enroll in high school so that he could develop his own ways of thinking.
His latest book covers a wide range of issues based on his reading, jumping from Chinese philosophy to Descartes and Voltaire. Yet the book is different from other cultural essays found in bookstores. His writing is full of criticism regarding social conventions, as if to prove that reading, after all, is about developing the reader’s own unique view of the world.
By Park Soo-mee