The age of nationalism enters its terminal phase

The age of nationalism enters its terminal phase 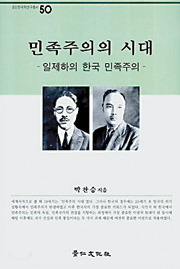 Park Chan-seung, a Korean historian, recently wrote in his book “The Age of Nationalism: Korean Nationalism under Japanese Colonialism” that Korea needs to overcome its nationalism if it is to work well with other nations. He says that the keyword which connects the periods of colonialism to separation, to industrialization and, finally, democracy in Korea is nationalism.
Mr. Park elaborates his theory of “overcoming nationalism” as “an act of resolving nationalist issues not within our ethnicity but in cooperation with other nations.”
“The issue of nationalism clearly exists if you think of reuniting North and South Korea,” he writes. “But we no longer approach this issue from a nationalist point of view.”
Another historian described Mr. Park’s book “as an internal complaint,” noting that “considering that Korean historians have focused extensively on nationalist sentiment Park’s comments are almost radical.”
The notion of ethnicity has been used as a political symbol to represent the history of progressive groups who led the nation’s democratic uprising during the ’80s.
Kim Yong-tae, the chairman of the Korean Peoples Artists Federation, which was established in 1988, says, “Personally I find that the notion of ethnicity is still relevant given the current division of the peninsula, but we are open to discussing the issue of taking out the people in our name if there are complaints from our members.”
The 20th Century in Korea was undoubtedly an age of nationalism. The central ideology of the nation’s democratic activists is focused on nationalism. Yet as the country celebrates its 20th year of democracy, many critics say that nationalism is no longer a fashionable or valuable concept.
The recent coverage that the Association of Writers for National Literature, a Korean writer’s collective, received for taking out the word “national literature” from their name is a reflection of the changes that are currently taking place, after 20 years in which the nation has been ruled by the ideology of nationalism.
The notion of nationalism stresses that ethnicity comes first, followed by the freedom of the individual. But the change of name by the Writers for National Literature was a symbolic act that suggests a new direction for progressive groups.
Paik Nak-cheong, a professor emeritus of Seoul National University, who is a founding member of the writer’s collective, recently claimed that “he does not oppose the name change.”
“I believe that the change does not suggest a major shift in the direction of our group,” he said.
Indeed the group’s decision might be no more than a formal change of name, but one cannot overlook the historical consciousness that led to changes in style.
In an interview with the JoongAng Ilbo in September, the author Hwang Seok-young said he “had said goodbye to nationalism.”
“In reality, people around the world are now connected through the Internet within seconds, so we have to communicate with others no matter what we feel.”
So should nationalism be abandoned entirely?
Im Ji-hyeon, a professor of western history at Hanyang University, has stood against nationalism, calling it “treason” in his book “Historical Recognition before and after Korea’s Liberation” in 1999.
Others, however, argue that nationalism is still necessary as long as the nation remains divided. But as the number of foreign migrant workers and intermarriages increase, many argue that the country needs to revise its notion of ethnicity to fit the changing conditions of the nation.
Sin Ji-ho, a representative of Liberty Union, a new right-wing movement, explained that the name changes among progressive groups are “meaningless if they are simply to repackage the word ‘ethnicity’ because it has gone out of fashion. They need the courage to rethink from the beginning what the nationalist values of the 20th century have actually meant.”
Kim Ki-bong, a professor of Western history at Kyungi University, said, “one can’t abolish the notion of nationalism just because we’re in a global age. I consider a flexible view of nationalism to be the same as ‘post-nationalism,’ and I find that’s different from anti-nationalism.”