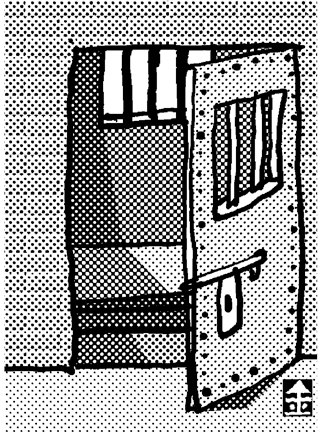 The 38th President of the United States, Gerald Ford, who passed away last year, was the only person to hold the office of president and vice president without having been elected. In August 1974, 10 months after being appointed to succeed Spiro Agnew after his corruption scandal, Mr. Ford succeeded President Richard Nixon when Mr. Nixon resigned due to the Watergate scandal.
However, that was the end of his lucky streak. He courted disaster by pardoning Mr. Nixon only a month after his inauguration. Mr. Ford said, “I was certain in my own mind and in my own conscience that it was the right thing to do,” but American citizens suspected that it was a “corrupt bargain” of giving a pardon in exchange for a presidency. As a result, Mr. Ford failed to garner support from the nation throughout his term and was defeated by the Democratic Party in the next election.
While the U.S. Constitution grants the power of pardon to a president, a pardon that fails to convince the citizens gives a critical blow to the president. In 1998, President Bill Clinton pardoned 12 convicted Puerto Rican terrorists, and the U.S. House Committee on Government Reform investigated whether he had abused his executive privilege. U.S. presidents are not particularly generous in granting pardons. Ronald Reagan, who served eight years in the White House, granted 403 pardons while Mr. Clinton pardoned 460 people.
In Japan, which maintains an imperial system, the forgiveness of crime and penalty is called “clemency” instead of “pardon.” The Clemency Law of Japan is similar to the Pardon Law of Korea, but its operation is different. Since 1945, there have only been 12 occasions of general pardon, which specify certain types of crime and exempt the punishment. Such pardons were granted at the time of a major national event or celebration in the imperial house, such as the entry into the United Nations, the signing of the San Francisco Peace Treaty, or reversion of Okinawa.
President Roh Moo-hyun, who promised to limit his pardon power, exercised his power once again as he approaches the fourth year anniversary of his inauguration. It is the seventh pardon in his term; he is not much different from his predecessors. Frequent pardons remind us of a monarchy which can punish and forgive people at will. “Through frequent pardons, a president wants to cater to citizens for popularity or exploit the pardon as a tool by making it an object of political bargain.” The minister of justice, who announced this pardon, wrote that four years ago for his dissertation.