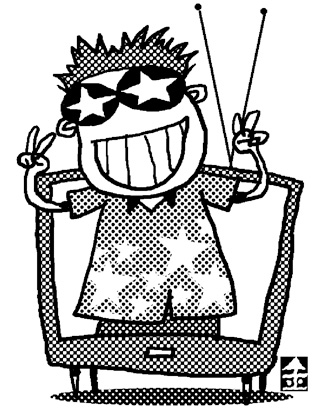 It is hard to know how much money movie actors, television personalities or rock stars actually make; however, the recent figures released by the media are astronomical. Earnings into the millions are the average, and some celebrities earn at least $10 million, demonstrating the extent of their star power. Several famous stars garner more profit than some respectable midium sized companies. Lately, corporations that use popular stars as the face of their company have hit the jackpot as the value of their stocks skyrocket. One star even pocketed tens of millions of dollars in public stocks; these people are not just stars - they are superstars.
Except for these few superstars, the majority of entertainers do not make a lot of money and their lifestyles are anything but extravagant. The salaries of superstars dwarf the earnings of regular entertainers. Although they perform similar duties, the large gap in earnings is caused by the “superstar phenomenon” which governs the entertainment market. In this market, the consumers want the products made by the best producers, and only the greatest producers have the technology to provide the consumers with products at the lowest cost. Popularity is the standard that determines greatness. Seeing the movie of an unknown actor 10 times does not satisfy the urge to see a superstar in a movie. The superstar phenomenon holds true for professional sports, demonstrated by the wide gulf in salaries between several superstar players and journeymen players.
Although natural talent and hard work are necessary for being a star, luck plays a role, as well. If one lets the opportunity of a lifetime slip away, one may never have the opportunity to become a star again. Regardless of how much money a superstar makes, if the probability of becoming a star is low, the expected income will unavoidably be low. If annual earnings amount to $10.6 million and the probability of becoming a star is 0.1-percent, the expected income will amount to no more than $10,600, which is the reason the majority of unknown entertainers are destitute. When considering the short time a superstar maintains his or her status, the lifetime expected income decreases even more.
The superstar must work hard to maintain his or her position even after reaching superstar status; the stress levels are enormous, and some superstars even suffer blackmail from gangsters. It is regrettable that the young people of today want to become entertainers when they grow up, despite the fact that the probability of success is higher and the expected income is greater when working diligently at regular paying jobs.

The writer is an editorial writer of the
JoongAng Ilbo.