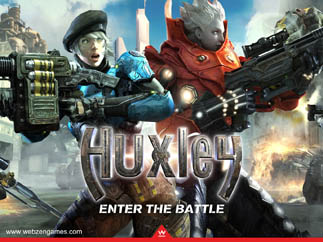 Characters from Huxley Provided by the company

On Monday, Korean game developer Webzen signed a publishing contract with The9 for the online PC version of its game Huxley.
The game, which was originally released for Microsoft’s Xbox 360, is currently being developed for online play. The9 will have exclusive operating rights for the game in mainland China.
Webzen said that it expects the online PC version in China and the United States to be up and running in the second half of the year. The company said that the entire deal is estimated to be worth $35 million including minimum guarantees and 22 percent of royalties from sales for the first three years of commercial service. Up to now, no other title made by one developer has ever sold for such a high price.
An interesting aspect of this contract is some unique conditions. Besides profits from royalties, Webzen and The9 also divide profits on in-game advertisements.

Unlike its previous major title MU, Webzen developed Huxley with a more global perspective ― aiming at North American and European users. The basic storyline is about humans and mutants battling it out in an apocalyptic setting that ranges from rusting Wild-West style towns to ancient Greek-style cities that are a fusion of myths and modern events.
The demo PC version of the game was unveiled at the E3 game show last year. It is almost the same as the Xbox 360, but the graphics are much more detailed. 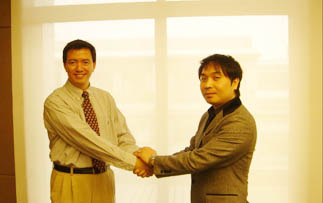 The9 is one of China’s three largest game publishers. Founded in 1999 and listed on the Nasdaq, it mostly focuses on publishing online games rather than console products. The9 and Webzen have ties that go back a few years. In fact, it was Webzen’s MU Online that allowed The9 gain to establish its reputation in China in 2003. The publisher’s portfolio now includes World of Warcraft, Soul of the Ultimate Nation (another Webzen title), Guild Wars and Granado Espada.
Analysts point out that this game may turn out to be Webzen’s next “big break.” The company hasn’t really produced anything profitable since MU, especially as its Soul of the Ultimate Nation (SUN) did not do well.
The value of the contract, even without the royalties from sales in China, is larger than the company’s total annual sales for the past couple of years. Although last year’s figures have not come out yet, 2005 sales were 29 billion won ($31 million), and the company is expecting something even lower than that for last year.