A change in attitude

A change in attitude 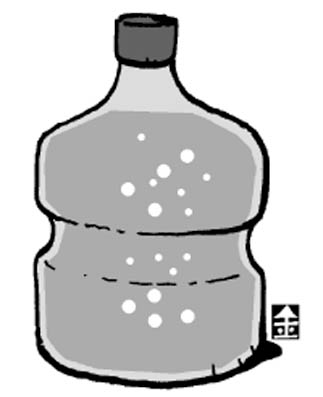 Water is crucial to life. Different types of water sometimes contradict each other in taste and function, although we often do not acknowledge the difference. The water that is essential to human beings is known to possess a hexagonal structure.
Hexagonal water, the name of which was derived from the hexagonal structure of water molecules, is more supportive of biological functions and tastes better than pentagonal water. Water molecules do not exist separately, but are arranged in several chains or ring-like molecular conglomerations, as if holding hands.
The human body consists of 60 to 70 percent water. And 62 percent of all the water in the human body forms hexagonal structures. It brings to our attention that hexagonal water makes up the majority of our body. The remaining 24 percent of water in the body is structured pentagonally, and is, pentagonal water.
Water molecules around deceased cells such as cancer or skin disease are found to possess pentagonal structures. By contrast, hexagonal water tastes better than the former, and enhances nutrient absorption and removes metabolic waste. This naturally invites an effort to produce good water; hexagonal water. “Magnetized hexagonal water” is one type.
Ionizing water is known to be the easiest way to produce hexagonal water. A hexagonal structure is produced when water is decomposed into ionic elements after an electrolytic process. Yet it also presupposes that the water being electrolyzed should already possess enough calcium and other ingredients for hexagonal structures.
On balance, healthy water should be hexagonal water without toxic elements, contain minerals such as calcium and be weak in alkaline and rich in oxygen and carbonic acid.
The six-party talks reached a fairly good conclusion, a marked contrast to the inane drift of previous talks.
The proactive attitude of North Korea, which used to go to any length to manipulate outcomes, is most likely responsible to this outcome. The change in North Korea’s attitude fostered the six-party talks into a semblance of hexagonal water -- that is, a healthy structure. North Korea has at least removed its passive, pentagonal water structure.
Nevertheless, there remains the fundamental problem of what to do with the recently developed nuclear weapons of North Korea. Previous nuclear weapons and related material must be removed in order to establish peace on the Korean Peninsula.
Healthy water does not need the residue of plutonium.