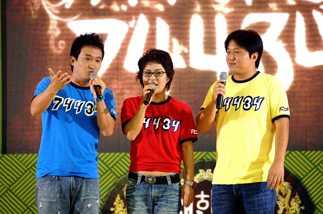 Millennia ago in ancient China, two great philosophers, Mencius and Xunzi, had a debate that is still meaningful today. Mencius claimed that humans are inherently good, and what people need to do is recover the goodness inside. Meanwhile, Xunzi claimed human beings are born evil, full of physical and material desires.
There was a time, make that decades ago, that I was a big believer in Mencius. As I grow older, though, I find myself identifying more and more with Xunzi. People are born evil and live evil-filled lives, which is why we need the law and manners.
It’s too hard to have faith in human goodness amid the idiots of the world. I mean the people who have loud fights (not even arguments, because they are empty of logic) and people whose one-and-only joy is talking about people behind their backs but who say nothing in front of the targets of their vicious tongues. If you’re in such an evil environment for long enough and you’re still a believer in Mencius, I guess you are either (a) so blessed by God that you don’t have to care about the evil of others, or (b) just insensitive.
It’s too costly to annihilate evil because there are just too many evil practices and evil people. Jesus Christ and Buddha may tell me that I am to blame for the actions of people around me, but, hey, I’m no Christ or Buddha, and I don’t want to be a saint in my short and ephemeral life.
Okay, I have not forgotten that this column is about television. Many Korean TV producers seem to think there is a lot of evil in this world that needs to be corrected, but they are far from perfect themselves. The producers of “Exclamation Mark!” a program on MBC-TV, are good examples.
Airing every Saturday at 5:40 p.m., “Exclamation Mark!” is an entertainment show with a touch of information and a message for viewers. One of its segments, “Great Legacy 74434,” is leading a campaign to secure the return of Korean historical artifacts that were taken by foreign countries in the 19th and 20th centuries. The number 74434 refers to how many artifacts were taken.
The campaign has been running for quite a few months now and it has been a notable success in attracting public attention. So far, the major target has been to get back books from the court library from the Joseon dynasty, which were “plundered” by the French army during a battle on the Korean Peninsula in 1866. The producers and its panel of celebrities flew to Paris to listen to what Parisians had to say and what law experts said about returning them to Korea. There is still a petition drive seeking the books’ return.
The show’s next target was Japan, and the producers flew to Kyoto and found, with the help of history experts, that Korea’s historical artifacts have been abandoned in the backyard of a museum. At that point in the program, the panel of celebrities started showering criticism, using words like “evil plunderers” and “immensely senseless Japanese.” That gave me pause, because it was a bit too nationalistic. I’m not defending Japan, but I wondered why the producers did not question Japanese citizens or experts, like they did in Paris. Maybe they are planning to do it in later episodes, but what has appeared on recent shows was far from sensible.
One time, the producers in Kyoto put their panel of celebrities on a small plane and had them skydive while holding small signs that said, “Please return Korean artifacts to Korea.”
The producers said it was a “long-cherished message from Koreans to Japan,” but I doubt many Japanese people, let alone the government, could make out what the signs said from 4,000 meters above the ground.
I wondered if the producers just wanted to experience the thrill of skydiving in the name of the show. Am I being too mean? Well, I can do nothing about it, because I am just an evil human being in this evil world.