Of war and political clashes

Of war and political clashes 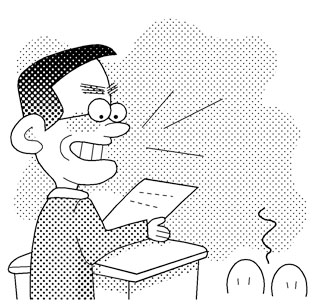 The school of military studies in ancient China referred to a group of people who studied war.
Sun Tzu, the author of “the Art of War,” is a typical figure of that group, followed by another key personality, Wuzi.
The early military studies in the Oriental tradition mark a distinction from those in the Occident. The former elevates the study of war to philosophy, whereas the latter stops at discussing only the techniques for the battlefield.
Sun Tzu, who asserted that military power should be employed by the principle of flowing water, illustrates very well what a philosophy of war is like. The teachings compare the use of military power to the natural flow of water, from higher to lower, from the full to empty. Thus, military power should be deployed in accordance with given circumstances.
Often, the school of military studies is said to have inherited the Taoism of Laozi and Zhuangzi.
But this invites criticism, in that the history of military studies began with the long history of wars recorded since the beginning of human history.
In other words, the study of the art of winning a war was bound to start when human beings began to fight.
Yet the military studies of ancient China did not always take the form of theoretical understanding of conflict. They often assumed a more practical stance, studying the masterful skills to win a war. Thus in a book Han Feizi finds that teaching war does not distinguish deception, which means the reality of the battlefield concerns victory and that only victory is regarded the highest end of the battle. It demonstrates the priority of expediency over moral rules, which is not often found in military studies.
The battlefield in Korean politics devolves into fierce fights where the only concern is to score points regardless of where the fights lead to.
The scrutiny game between the presidential hopefuls of the opposition party has become so hot that it seems to have melted down settled procedures. No one bothers to care about the rules of the game.
The exchange of blows nowadays is not even close to the military studies of 2,000 years ago, when they did not hesitate to ignore the foundational principles or the use of violence.
But, contemporary political clashes are not any better than the expedient policies of ancient war studies, which do not even differentiate deception.
The fighting we now witness is merely a mixture of revelation and counter-revelation.