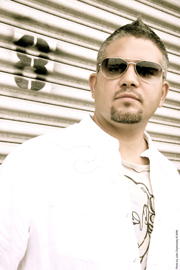 Jay-J ― a D.J., composer, engineer and producer all rolled into one ― knows a thing or two about curing post-winter blues. The good news is that the “sexy, soulful, dance-floor-driven” sound you hear on your iPods and CDs will come to life when the musical guru spins at Club M2 tomorrow night.
Jay-J is a respected figure in the musical industry for his ability to understand the vibe of dance music, aided by outstanding production abilities and world-class recording facilities. While he is noted for having exceptional skills in musical selection, mixing and programming, his sets include energetic garage, smooth deep house, and pumping disco tracks with a unique flair. In San Francisco and Los Angeles, he hosts syndicated radio shows.
Since opening his own Moulton Studio in 1998, he has been an influential figure in the San Francisco dance music scene. He has collaborated with electronic music veterans, including Miguel Migs, Marques Wyatt, Julius Papp and Chris Lum at Moulton Studio. He remixed the music of pop artists like Alicia Keys, Lil’ Kim, Koffee Brown and Donnie McClurkin. In 2003, Jay-J received a Grammy nomination for his remix of Jill Scott’s “He Loves Me.”
He’s done residencies in Seattle, Washington and Vancouver, Canada and toured extensively in North America and beyond. His new label, “Shifted Music,” proves his production skill is top notch.
“He’s got a busy schedule in Asia,” said Eugene Blake, the Club M2 D.J. in charge of booking international acts. The American D.J. comes to Seoul straight from New York. After Korea, he will go to Shanghai and Singapore, followed by Tokyo. Jay-J blends elements of funk, soul and disco plus sultry vocals. “Since he plays on the main floor, he won’t go so deep,” Blake said. Jay-J starts at 1:30 a.m tomorrow night.