[Book in brief]Make each day a new life, and more

[Book in brief]Make each day a new life, and more 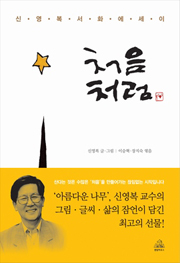 Cheoeumcheoreom (Random House Korea) is a collection of short essays from Shin Young-bok, who spent 20 years in prison after being charged with spying for North Korea. The book, however, is not about his speciality, which is Marxist economics.
Like his previous books, it’s a memoir in which he uses a variety of styles to describe his appreciation for daily life. The book is inspirational, especially as winter turns into spring.
Mr. Shin is now a professor at Sungkonghoe University. In this book he focuses on the meaning and the importance of making a new beginning, using ideas mainly based on Eastern classical literature. The title of the book can be roughly translated as “Try to remember what you were like at the beginning” and the book itself poetically explores his belief that living is “an endless new beginning” in which people recreate themselves every day. He also emphasizes being aloof from trivial worries because life is about “overcoming thousands of small problems.”
The 230-page book also includes his own drawings and examples of his calligraphy. His handwriting, as well as the title of this book, is probably very familiar to many. It’s the same logo as that found on bottles of a popular brand of soju. The company paid him 100 million won ($107,000) to use his writing. He donated all the money to the school where he teaches. By Lee Min-a 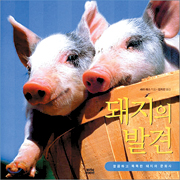 A good year to pig out

There are many contradictory ideas about pigs in Korea. On the one hand people talk about the “sound of screaming pigs” to describe a voice that is grating or distasteful and “a pearl necklace on pig’s neck” when referring to an incongruous costume mismatch. On the other hand, the first thing Koreans deploy during an ancestral ceremony is the head of a pig, while dreaming about our porcine friends is traditionally considered a sign of good fortune, especially in this year of the golden pig, as defined by the lunar calendar.
This schizophrenic attitude toward pigs is the subject of “The Complete Pig” by Sara Rath, a cultural history of pigs that was translated into Korean under the title “Discovery of Pigs.” It’s one of many products offered to celebrate this auspicious year.
The book talks in great depth about different views of pigs. In ancient Egypt the animal was a symbol of disgust. People who had touched pigs had to go straight to the river and wash away all porky traces. There was also a belief that drinking the milk of pigs could cause leprosy. The mad pig incident in the New Testament (in which Jesus drives a madman’s evil spirit into a flock of pigs) officially made pigs a symbol of evil.
But they have also been valued as symbols of fertility and wealth. In Latvia they worshiped pigs, hoping for prosperous farming. In Ireland people believed the myth that pigs can cure a disease if the sick person runs around a pig farm three times.
Then there is the animal’s prodigious rate of reproduction. A female pig can give birth to between eight and 12 offspring twice a year. The book claims, erroneously, that the name Wall Street was born after the residents of Lower Manhattan built a wall in 1653 to contain their pigs.
By Lee Ji-young