War of the words

War of the words 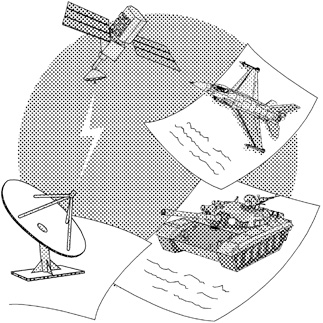 Mitsubishi Heavy Industries, which is involved in areas such as marine vessels, power engines and aviation, has a division called the “regular and special vehicles business headquarters.” When you receive a business card from that division, you would wonder what “special vehicles” means. The special vehicles refer to the tanks supplied to the Japanese Self-Defense Forces. It now calls the combat cars “tanks,” but in the past, the official term used to be “special vehicles.”
The Japanese Self-Defense Forces employ a number of ambiguous terms. The Maritime Self-Defense Force euphemistically calls a mid-sized warship an “escort vessel” instead of a destroyer. The formidable Aegis destroyers are also called escort vessels. The F-2 aircraft of the Air Self-Defense Force, which has air-to-air, air-to-ship and air-to-ground attack capabilities, is called a “support fighter,” not an attacker. Proper understanding of documents and articles about the Japanese Self-Defense Forces requires a special glossary of terms.
The Japanese Self-Defense Forces use their own terminology because of the principle that they are exclusively for defense. The Japanese Constitution currently prohibits the country from having a military force. Therefore, all the words related to military attacks have been changed to round-about terms. The infantry is called the “Regular Division,” and the artillery unit is the “Special Division.” The military engineering division is the “Facility Division” and even the military brass band is the “Music Division.” Since the title “Self-Defense Forces” itself is unprecedented in the history of the world, it had to invent new terms.
The official name of the spy satellite Japan launched on Feb. 24 is an “information-gathering satellite.” With a four-satellite system, Japan can now monitor any point on Earth once a day, but the apparent spy satellite avoids the term “reconnaissance” because of its military hue.
In fact, one of the tasks of the satellite is response to large-scale disasters. The operating entity of the satellite is not the Ministry of Defense, but the Information Investigation Bureau of the Cabinet Office. It does not mean the satellite is any less militaristic. The Ministry of Defense, which would be the biggest customer of the pictures taken by the satellites, has the most skilled analysts.
The Ministry of Defense and the Self-Defense Forces are constantly working to strengthen Japan’s war ability amid the restrictions. They might be waiting for the day when they no longer have to come up with new words.