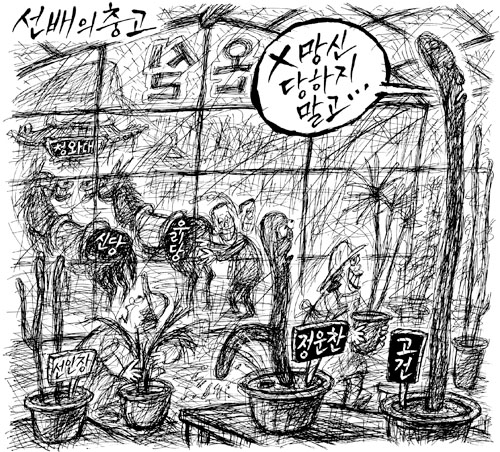 “Don’t be humiliated,” a cactus named Goh Kun tells another cactus, named Chung Un-chan, former chancellor of Seoul National University, referring to the real politics outside. Two horses ― a new party and the Uri Party ― wait for Mr. Chung. Mr. Goh gave up his bid to run for president after President Roh Moo-hyun strongly criticized him.