[DVD review]Independent views of life on the edge

[DVD review]Independent views of life on the edge 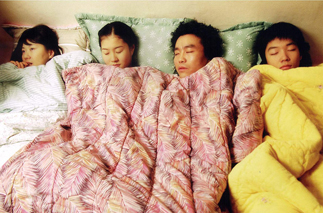 Five is Too Many

Independent film makers in Korea do not have an easy time. It’s hard for them to get funding and even more difficult for them to get distribution. Three directors who overcame these obstacles have just had their latest films released on DVD. 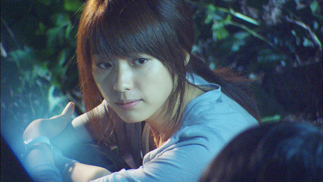 This film, which was shot in just 20 days, delves into the unique relationships between five people who become close enough to be called a family.
By coincidence, Dong-gyu, a runaway teenager, meets an older lady. She brings him home and introduces him to another woman, an ethnic Korean, who also has nowhere to go. The story is about the alternatives that these people explore.
Like the phrase “dreaming of a humble miracle,” which appears at the end of the documentary about the film, the story is about special friendships and unambitious love. In a way the film’s title was contradicted by its popularity ― “Five is Too Many” attracted an audience of 3,000 nationwide after it was screened at the Pusan International Film Festival. The DVD supplement includes the documentary.

“Ad-lib Night” is the second film from Lee Yun-ki, the director of “This Charming Girl.” It is an intense examination of the emotions experienced by a female post office worker who was molested by a relative. Lee has a talent for depicting female psychological states and in this film he tells the story of Bokyung, a woman in her early 20s, who encounters some young men on the street who want her at the deathbed of an old man in their village, because she looks like his daughter.
The film is based on a short novel by the Japanese writer Taira Azuko.

Every episode of “Don’t Look Back” ― the Korean title is “Yelling Out to My Youth” ― ends with a scene in which three actors walk away from the camera. Perhaps the film, a story about the wandering souls of three youngsters, is all about the confusion and loss of growing up and the need to move forward without a backward glance. Commercially the film also played a role in setting a new standard for alternative films. It won an international critic’s award at the Locarno Film Festival. In Korea it attracted an audience of over 10,000, a significant figure in an industry where the local distribution system leaves scant room for independent films.