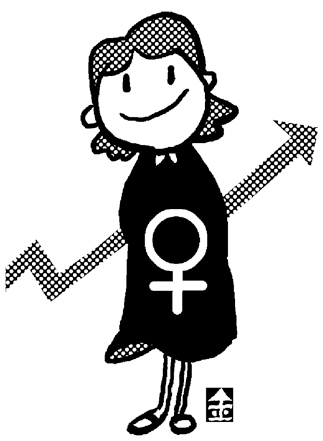 Marie Curie became a professor eight years after she discovered radium and polonium and three years after she was awarded the Nobel Prize in Physics for her efforts. When her husband, Nobel Prize co-winner Pierre Curie, was appointed to a professorship at the University of the Sorbonne, she had to settle for an assistant position. Only after her husband passed away in 1906 did the university offer her his vacated position. The science world at the time believed unequivocally that it was impossible for “great research to be spearheaded by a woman.” A woman was able to win the Nobel Prize because she had conducted the research with her husband (“Eight Keys to Greatness” by Gene Landrum). It has only been a short time that intelligent women have been paid the respect they deserve.
In 1896, Maria Montessori had to overcome strong resistance from her father, the president of a university, and the Vatican, to become the first woman to graduate from medical school in Italy.
Lee Tae-yeong, who was the first woman to pass the bar exam in 1952, relinquished her dream of becoming a judge as she collided with an archaic government. This would be unthinkable today with gender equality becoming a progressively sensitive subject. Instead, animated discussions are taking place regarding the “glass ceiling” that hinders the careers of women. The American press popularized this term in the 1980s, referring to a situation where advancement is limited based upon some form of discrimination.
Under these circumstances, women have recognized that ability is the only unambiguous absolute; intelligent women known as “alpha girls” are poised and confident. Women outperforming men in school has become a global trend. Wondering why the girl next door received better grades than her son, Katrin Muller-Walde, an anchorwoman at ZDF German Television, wrote a book on the topic. In her book, “Girls Who Study Well, Boys Who Don’t” (published in 2005) she reaches alarming conclusions ― in addition to girls being innately superior in language and learning skills, she contends that the current education system is biased toward girls.
One out of every three people acquiring a physician’s license last year was a woman; nearly half of the judges and prosecutors appointed last week were women. When seeing women rush to the civil service and professional fields where they do not need to fret about a “glass ceiling,” it is obvious that Korean female students not only study well, but also are very bright.