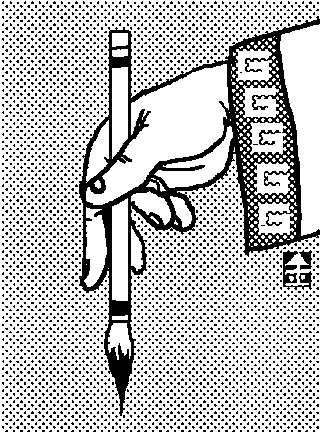 Wang Xizhi is a Chinese calligrapher whose importance in the history of calligraphy in China cannot be overstated. He developed three major types of calligraphy and was named the “Sage of Calligraphy” by posterity.
Wang Xizhi had an uncle, Wang Tao, who assumed an office equivalent to a modern day prime minister. Another powerful man of the court sent Wang Tao a marriage note, saying he wanted to match his daughter with one of the nephews of Tao.
Tao replied, “Suit yourself,” and let him choose his future son-in-law. The man, who must have pined for a conjugal bind with such a powerful man as Wang Tao, sent his trusted fellow to look for son-in-law candidates.
Tao’s nephews, that is, Xizhi’s siblings and cousins, dressed up and tried to impress their prospective father-in-law, pretending to read books while sitting at a table or to be immersed in deep group discussion. Except for one person ― Wang Xizhi. Xizhi, lying flat on his back in bed, mindless of whoever was coming, was absorbed in writing something on his belly with a finger. He was practicing calligraphy.
Xizhi was selected to be the son-in-law of a powerful man who was impressed with Xizhi’s intent study; he didn’t even bother to cover his naked belly. This story of Wang Xizhi was later summarized as the story of a man who showed his belly on a bed, which later was used as a sign of a good son-in-law.
Many other anecdotes of Wang Xizhi tell us he was steadfastly committed to his art.
Time and time again he practiced his calligraphy beside a pond, working to perfect his style.
Wang Xizhi was also observed standing still in the middle of a walk to practice calligraphy.
The calligraphic style of this man, who was known for the mastery of and devotion to the art, was a consummate artist with the tip of his brush.
This achievement is attributable to his tenacious efforts at perfection.
A top student who read natural science at university transferred to a medical school after graduation. She was dismayed by the lack of vision in natural science.
The news of talented students leaving natural science is surprising, especially considering that science determines the future of a country in this era.
A unique person like Wang Xizhi emerges only after long devotion to one discipline. Before placing blame on youth who seek only fame and wealth, one should look back carefully on the current circumstances in Korea, which produce its students.