Schools give teen-rebels a second chance

Schools give teen-rebels a second chance 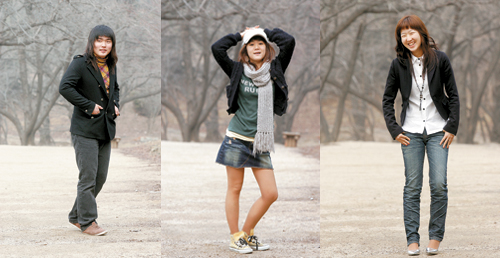 It was the final straw for Um Ji-su. The tall 19-year-old looks quite intimidating at first glance, with piercings on his face and shaggy hair, but his rebellion was rather innocent. He wanted the choice to keep what was his. “My teacher warned me one day by saying, ‘You either go to the principal’s office and get your hair cut or you’re out.’ So I chose ‘out.’” When asked why he felt so passionately about something that will grow out again, he replied simply, “Because it’s my hair. It’s not even causing anybody harm.”

There were other episodes that fueled his decision to drop out. On a class trip, Ji-su and his classmates had to climb Mount Seorak. “On our way up, I saw there was a huge cliff below us. I was wearing torn sandals at the time. One student even slipped close to the cliff. I was really scared,” he said. He told his teacher he’d rather not climb up and ended up in a serious verbal confrontation that led to being suspended for a few days.
After dropping out, Ji-su found Seodaemun Little School in the City, an alternative school that started in 2002 for middle and high school students who, for a variety of reasons, cannot adjust to life in a conventional school. It is one of the 15 alternative schools recognized by the Seoul city government for those who either choose to or are forced to drop out of their original school. The aim of the schools is to help students return to the regular classroom or to graduate and enter college or the job market. 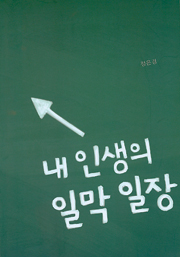 Each school’s total enrollment is 20 students per school year (a number set by the city government), and the student-teacher ratio is 10 to 1 instead of the usual 35 to 1. Upon graduation from the alternative schools, students also get a diploma from their original schools. “Some students fail to adjust to our school and drop out, but almost all of them end up graduating,” said Hwang In-guk, the principal.
Compared to six or seven years ago, there are not that many kids with serious delinquent behavior, such as being involved in violence or drugs, Mr. Hwang said. A majority of the students come with adjustment problems for other reasons. “After the IMF crisis [1997 to 1998] in Korea, financial hardships led to problems at home,” he said. “The divorce rate has gone up dramatically since then.”
In 2001, the Seoul Metropolitan Office of Education started opening these schools as part of a nationwide program to reduce the number of dropouts in middle and high school. “The number of dropouts has gone down a lot over the past 10 or so years, but we set up these schools to provide an alternative for students who are struggling in their particular schools for any sort of reason,” said Sim Hyun-sik, the head of the behavior-oriented alternative school program at the Seoul Metropolitan Office of Education. 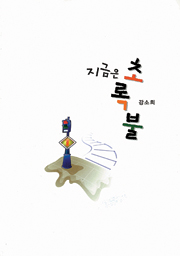 For the last couple of years, an average of about 9,000 students per year in Seoul’s middle or high schools dropped out, a majority of them going abroad for study. Out of this number, around 300 students attend these alternative schools. “Anyone can feel like an outsider and temporarily fail to adjust to their environment but that doesn’t mean they have to be a pariah forever,” said Mr. Hwang.
In addition to the mandatory study that is required of all youths of middle and high school age, the Seodaemun Little School in the City provides programs to meet each student’s interests as well as to prepare them for life after school. “In terms of percentage, it’s about 30 percent regular-text material and 70 percent ‘alternative’ programs,” said Mr. Hwang. For one, there are internship programs in diverse fields ― such as corporate settings, beauty shops and woodworking studios ― that provide practical resume-building work experience.
Kang So-hee and Jung Eun-kyeong, both graduates of last year’s class (their graduation was earlier this year) along with Ji-su, worked as beauty assistants at the hair salon franchise Lee Chul Hair Kerker.
“We got paid 200,000 won ($212) per month. It was really frustrating at first, interacting with people. I realized how hard it was to make money on my own,” said Eun-kyeong. During her school years at Ewha Womans University High School, she struggled with teachers, but most of all, she struggled with her own personality. “The thing that changed most with me by attending this school [Seodaemun Little School in the City] is my temperamental personality. I think I learned to be a bit more patient,” she said.
Patience, self-awareness and learning not to give up are the top priorities of the school, Mr. Hwang said. “Once a year, the school goes on a walking trip from Seoul to the seashore in Gangwon province. We basically walk for eight days. The total distance is 220 to 240 kilometers. It is a rigorous course ― even Korean Army officers do not walk that much nowadays,” he said.
“During the walk, students face all kinds of emotions ― rage, anger, etc., complaining about the purpose of the trip,” he added. “But in the end, these kids get to feel a sense of achievement. Their responses change dramatically.” He feels this trip helps them “not to quit quite so easily.”
Another big part of the school’s program is to write a graduation memoir. Students spend a month or two reflecting on their lives and then write. “I felt overwhelmed by the assignment at first,” said So-hee, who felt that her teachers at Ewha Womans University High School favored kids wealthier than herself. She said she blocked a lot of memories out. 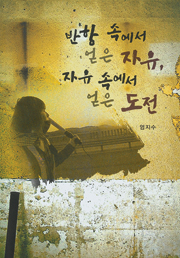 ‘Freedom in the Midst of Rebellion, the Challenge that Follows,’ (Um Ji-su’s memoir).

“Writing is hard for these kids because they are not used to expressing their emotions in public,” said Mr. Hwang. At every graduation, the students stand up in front of 200 or more people and read excerpts from their memoirs (the school makes 200 copies for each student to keep or hand out as they wish). “It helps them to be more open about their lives and reflect upon them,” he said.
Ji-su plans to go to college to study hotel management. Eun-kyeong has been accepted to colleges and plans to study hair and make-up. So-hee wants to open a clothing store in Dongdaemun.
“It was a long struggle to get here, but I’m here. I’m ready to start a new chapter in my life,” said Ji-su.