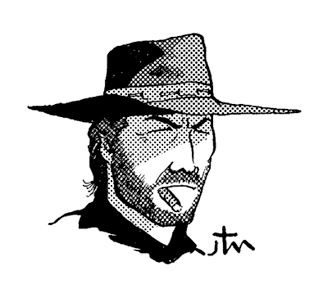 Director Martin Scorsese, who finally snagged best-director honors after being a five-time loser, was the star of this year’s Academy Awards; it was the Academy’s belated tribute to one of the few remaining Hollywood directors who auteur (the French for author) the entire filmmaking process.
Clint Eastwood was his stiffest competitor. The two men competed for the same award in 2005, with Clint Eastwood emerging victorious at the time. Although a rivalry ensued, the two men were avid supporters of each other’s work. When Martin Scorsese was pitted against religious circles for his controversial movie “The Last Temptation of Christ,” Clint Eastwood supported him, citing freedom of speech.
A former actor, director Clint Eastwood is often called the “miracle of American movies” because of his rise from macho male Hollywood hero to respected director. Between the 1960s and 1980s, he starred in spaghetti Westerns and cop movies like the “Dirty Harry” series. Later, he directed “The Unforgiven” (1992), which broke the tradition of conventional Westerns and “Million Dollar Baby” (2005), which confronted the issue of euthanasia. He won the best director prize for both movies. His movies grow more profound as he ages, as he is now nearly in his 80s.
His political dispositions, however, have often been the source of controversy. “Dirty Harry” has been blasted as being a symbol rightwing fascism; he has been a lifelong member of the Republican Party; and people have questioned his closeness with former president Ronald Reagan.
Clint Eastwood calls himself a libertarian. In an interview published in the “Cahiers du Cinema,” Mr. Eastwood says, “I’ve been a Republican because I chose that party at the time of my military service at the beginning of the 1950s ... My political choices don’t really fit in with any of the camps, and actually I feel myself to be something of a libertarian.”
Libertarians are considered one stream of conservatism, but they do have some ambiguous aspects. While forming the foundation of American-style liberalism based on the traditional cowboy spirit, libertarians are also amicable to left-wingers.
The Cato Institute, an important think tank in the United States, reported last year that 10 to 20 percent of voting-age Americans were libertarian, tending to agree with conservatives on economic issues and with liberals on personal freedom. Libertarians are absolute believers in freedom, embodying both liberalism and conservatism. There is a similar growing tendency in our society to be conservative regarding economic issues and liberal regarding cultural issues.