At 69, Patti Kim sings the song of her life

At 69, Patti Kim sings the song of her life 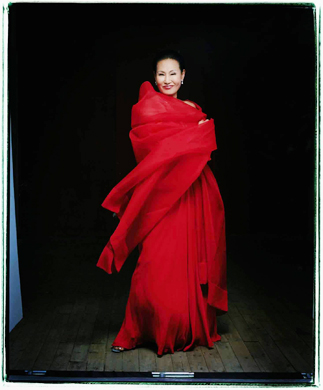 Patti Kim, a pop diva from the Korean music scene, is celebrating the 50th anniversary of her start in music. At 69, Kim,

On the official Web site of Patti Kim last October Kim Gwang-min, a famous Korean D.J., left a note that read “it’s an exceptional phenomenon that singers like Kim continue to stage concerts at her age.”
At 69, Patti Kim is still one of the top vocalists of our time. To celebrate the 50th anniversary of her start in music, she held a concert over the weekend at the LG Arts Center called “The Old and New Patti Kim.” Before the concert, the two Kims met in a hotel coffee shop to talk about Patti Kim’s music.

Q.I remember very vividly you sang in a black dress on a stage in early 1960. I’ve watched you for more than 46 years, but I think you have a particularly high standard compared to other musicians. You are hard to approach.
A.Actually I get mistaken for being too arrogant. I do have the image of being a proud woman, but some of my oldest fans tell me that’s my charming side. They ask me not to change.
I am tall and glamorous, which often makes others think that I am a big star, but I only wanted to become a great musician. I couldn’t rely on anybody except myself. I didn’t have a management company. My family knew nothing about show business.
There was no one to ask for help, so I always stuck to what I learned at home, which is to take pride in my music and do it well. Even in interviews and on shows I raised questions if I felt something was wrong. That probably helped to shape my strong image.

It’s not easy to maintain the same musical style for 48 years. How do you do it?
I’ve been asked to sing trot or songs that are more popular, but record sales and popularity have always been a secondary concern. I wanted to convey my own strong color in my music. I always look at the lyrics when I get a song. I have a hard time conveying the emotion if the lyrics are too popular or too easy. That’s why the lyrics in my music have a literary tone. 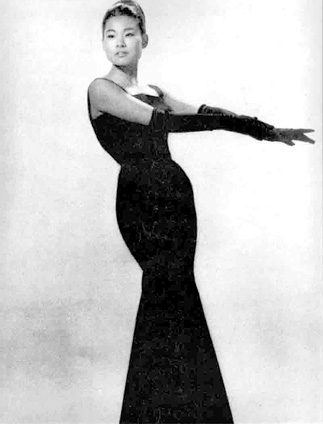 When I was a D.J. in a music cafe during the ’70s there was an outpouring of requests for your song “Farewell.” Can you pick your favorites, maybe five?
“September Song,” “Light and Shadow,” “Love That Left Fall Behind,” “Love is the Flower of Life” and “Love Forever.” I don’t particularly like “Farewell,” but it’s a song that never gets missed in concerts. How can you dream of a Patti Kim concert without “Farewell?” “September Song” is a song I liked from the time I first recorded it. If I had to pick one song, that would be it.

There are a lot of rumors about your name, Patti.
I only sang pop songs when I took the stage to perform for the U.S. military. I decided to take an English name, because nobody would remember me if I introduced myself as Kim Hye-ja. I thought of famous Hollywood actresses like Eva Gardener, Audrey Hepburn and Susan Hayward, but the name Patti Page really got to my heart. I met Page later when I was performing in Vancouver. She was very happy when I told her my story. We had our picture taken together.

I heard that you like female singer-songwriters like Bonnie Raitt.
Lately I’ve been listening to a lot of Celine Dion. I never get bored of listening to Bonnie Raitt from the first track to the last, but I tend to select a few songs I like from Celine Dion. Even now the first thing I do when I wake up in the morning is to listen to music. I also like George Michael, Chris Rea, Michael Jackson, Barbara Streisand and Frank Sinatra.

Do you have any suggestions to make to younger Korean musicians for keeping up their passion?
I’ve personally contacted a few young musicians I saw on television whom I thought could grow bigger through proper training. But they didn’t last long. Our thoughts were too different. Korean celebrities today are too commercialized. It’s like a product with nice packaging, and they repackage themselves once they get too stale in the market. I want to tell them that the life of a musician gets shorter and shorter if you sing for money. Once you get recognition with your talent, fame and money often follow. Don’t depend on management companies too much. You are the one who can take care of yourself the best. I send flowers and visit concerts whenever I find young singers who stay faithful to their jobs.

It looks like you’ve fulfilled most of your dreams as a musician.
It’s my hope and purpose for now to celebrate my 50th anniversary. I want to stay on top until then, and continue staging concerts. Ten years ago, I doubted whether I could make it. I worried that I would lack the energy and voice to meet my goal.
But I’ve come this far. I feel very sure now that I will stage my 50th anniversary concert. After that, I will be able to leave the stage anytime I feel weak.

I am curious how you manage your personal life as a wife and mother.
Someone told me that Patti Kim never lets a single strand of her hair get tangled. It’s partly true. Even when I stay at home alone I never let it all hang out. I always open the door only after I put on my lipstick when a laundry man comes to my house to pick up clothes. It’s partly the influence of my mother, who always kept herself tidy. I still vividly remember her reading the newspaper with her finely-combed hair, pale lipstick and neat outfit. I want to provide the same example to my daughters. It’s my 31st anniversary with my husband, but he says he doesn’t want to see me doing housework. He doesn’t mind eating fast food everyday, but prefers that I wear beautiful clothes and make-up when he comes home from work. That’s partly why I am such a bad cook. I learned how to make miyeok-guk [seaweed soup] when I gave birth to my eldest daughter Jeong-a.

Your concert is called “Closer to Your Friend.” It feels like you are getting closer to the public.
I’ve been performing in a lot of small cities in the last two years. I think that the way to give back to my fans before I leave the stage is to show them how I sing. It’s my last obligation to show them that their love has not been wasted over the years by putting on good concerts.