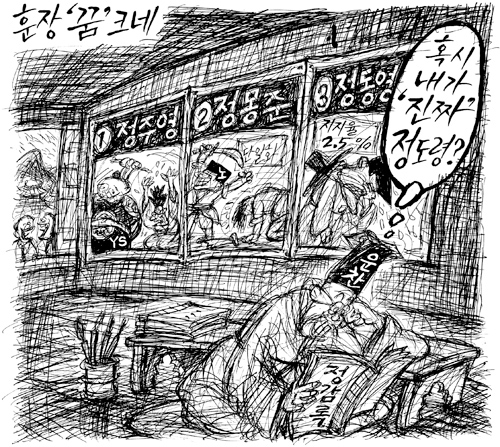 Chung Un-chan, former chancellor of Seoul National University, wonders to himself whether he is the prophet Chung, who a widely known prophetic book in Korea said would be a future king who would found a new nation at Mount Gyeryong in South Chungcheong province. Photos of failed presidential contenders adorn the wall. By Kim Sang-taek