From aggravation to hope

From aggravation to hope 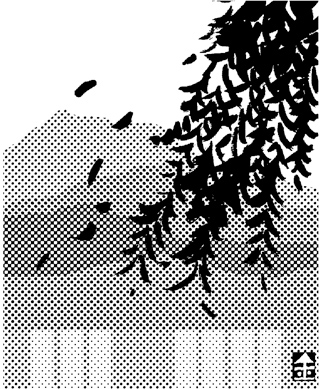 Lu You, a great poet of the Southern Sung dynasty of China, is famous for his patriotism.
His poems are imbued with patriotic yearnings for his country.
Lu was purged from office in 1166, when he was 42 years old, because he supported a fierce war against intruders. A war hawk, Lu was hunted down by doves who wanted compromise.
Lu You could not hide the pain of expulsion and consoled himself by writing poems and travelling around his homeland.
In one of the long journeys he made in April of the following year, he climbed a mountain with only a stick and wearing light clothing.
Lu did not hesitate from scaling steep rocks at a time when hiking was already a hugely popular form of recreation.
Finally, he reached a dead end on his climb where the path disappeared.
At this very place, where he could hardly move, Lu You wrote one of his best poems.
The entire poem cannot be displayed here, but part of it was later remembered as a proverb. A much abbreviated form of “The Village” reads, “Where the willows are in the dark, flowers gleam.”
This poem is a superb demonstration of the feelings of loss one faces when mountain trails end, and the water is gone.
The poet looked around in the hope of finding a way out, only to lay his gaze upon the dark shadow of the willow trees.
Thus he lifts his gaze from the shadow to the dazzling blossoms of a flower bush. His sight at last falls on a village beyond the gleaming flowers.
Readers of the poem receive great pleasure following a change of vision, from a narrow dead end to an endless open field.
On the Korean Peninsula, the nuclear issues of North Korea moved from dead-end prospects in which all we could find was aggravation, to the dimness of the willow, which could be followed by the dazzling light of blossoms.
Solutions are likely to flood in.
This gives us high hopes for a thaw on the Korean Peninsula, just as Lu You found hope when he walked beside the willow trees and flowers to the comfort of a village.
Yet concerns remain, because this progress came about with the absence of South Korea from negotiations between North Korea and the United States.
Moreover, North Korea’s developed nuclear weapons still present many questions.
Despite the skepticism that remains, any move toward peace is better than the gloom and tension created by the North’s nuclear test last October.