A government of lemmings?

A government of lemmings? 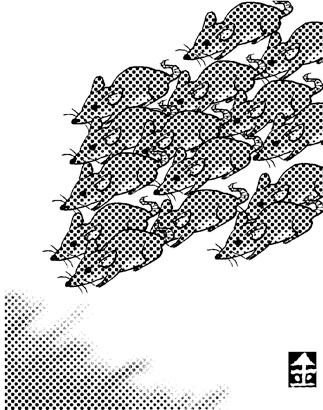 Before Windows, when the DOS text operating system was widely used, there was a popular computer game titled Lemmings. Lemmings came from one corner of the screen and marched ahead. Even when they hit a river or a cliff, they keep walking ahead. The mission is to guide them to a safe exit. The game was made based on a hypothesis that lemmings commit suicide en masse if they have a shortage of food.
In a documentary film by Disney called “White Wilderness,” released in 1958, there is a scene in which a group of lemmings fell into the Arctic Ocean. This scene created the myth about lemmings’ suicides. But they don’t commit suicide. They simply walk ahead because they have poor eyesight. Even when a river or a hill lies ahead, they cannot stop walking because others push them from behind. That’s why it is dangerous for lemmings to stay together on their own. They need a guide.
During the spring of 1980 in Seoul, John Wickham, the former commander of the USFK, likened Koreans to lemmings because he said Koreans followed the new military regime. This comment enraged Koreans. But Koreans are not the only ones who act like lemmings. In his book “Democracy in America,” Alexis de Tocqueville worried about the tyranny of the majority. Since democracy began, there has been distrust about the masses. Plato advocated the rule of philosophers and Aristotle worried about mob rule. Populism is still widespread these days. Some Korean scholars even praise President Hugo Chavez of Venezuela as a “progressive populist.”
When differences of opinion do not narrow in a democratic society, then majority rule is the last resort.
What would public opinion be if we could pay much but receive little? If we ignore the fact that our national pension programs will go bankrupt, it is natural to want to pay little and receive much. What if we could be admitted to any school we wanted without studying hard? It sounds like good news only if we do not care about our country’s competitiveness. For these reasons, we need a wise leader.
Even if a person does not plan to buy an apartment in southern Seoul, if the government plans to lower housing prices there, the people welcome the news. They do the same even if the policy fails. The government admits that it did not predict a shortfall in the supply of apartments, but still pushes more or less the same policies. It blames those who criticize the policies for failure. Maybe the government cannot stop, just like lemmings.