[Book in brief]It’s a dog’s life, after all

[Book in brief]It’s a dog’s life, after all 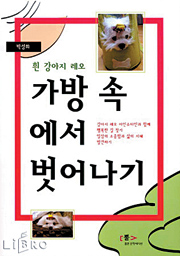 His name is Leo Einstein Wernie. He was born very small and weak. Doctors were worried that he would not live long. But thanks to a nice old lady who adopted him and did a wonderful job taking care of him, he grew up strong and became a hero in the lady’s town by the time he turned three.
Leo Einstein Wernie is a Maltese dog. The nice old lady is the author of the book,”Getting Out of the Bag”(Ppyul publishing), who says she is only ghostwriting for her dog because he can’t write.
In her book, Park Seong-hui, an editor at the Korea Economic Daily, describes how Leo Einstein Wernie must have felt as he went through the anguish of being abandoned when he was no bigger than a fur ball. Over 40 very cute episodes, Leo learns to let go of his hatred and becomes a mature dog and happy canine being.
By Lee Min-a 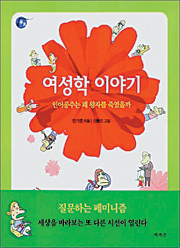 A perspective of one’s own

“Story of Women’s Studies” by Min Ga-young talks about women’s issues in Korea and spans virtually all aspects of the field. For example, the book reinterprets some famous folk tales from a feminist perspective. The woodcutter who steals the woman’s clothes in the famous Korean folk tale “The Fairy and the Woodcutter” is portrayed by Ms. Min as a thief while the fairy who gets her clothes back is simply righting a wrong. The author, who is writing a doctoral thesis in women’s studies at Ewha Women’s University, describes feminism as “an academic field that views the world from a woman’s perspective.” The perspective, indeed, has everything to do with how we see developments like the rise of militant women, the increasing number of female real estate agents or the love and pride of mothers repeatedly emphasized in TV commercials for baby food. The author explains, however, that developing feminine perspectives on issues such as freedom, duty, welfare, ethics or justice would allow people to draw a more complete picture of our society, although it might be a painstaking process. 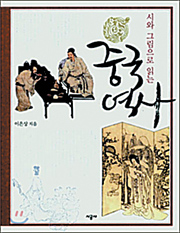 A picture needs a few words

Bamboo is tall, but it’s narrow; a tree looks weak, but it endures; a stone looks solid, but it creates a gate. These are the three rules of good friends according to the “History of China through Poetry and Pictures” by Lee Eun-sang.
Traditional paintings from China always had text. The author, who majored in Chinese literature, believes that the paintings convey artistic meanings as well as the hope and desperation of literary scholars. Paldae Sanin, one of the most famous painters in Chinese art history, explained that the birds in his paintings are a form of self portrait. The book is more than art theory as it tackles major historical incidents and cultural phenomenons.

“Namuli’s Kitchen Table,” is a new book of recipes featuring Korean food. It comes from Kim Yong-hwan, who became an Internet star after introducing simple menus that made cooking easy and cheap for single men and women. The book is the author’s third cookbook and provides an A to Z for using leftover ingredients in your refrigerator.
Like his previous book, the merit of this work is that it’s unpretentious and full of recipes that can quickly fill a dinner table. There is no grand culinary jargon or food styling. The menus have been selected strictly for everyday cooking by ordinary Koreans, with rough measuring standards based on three things ― the author’s hands, a paper cup and a spoon. The book also talks in detail about ways to shop for great ingredients and how to handle them. The author also presents simple recipes for party appetizers and special dinners like smoked salmon salad, vegetables wrapped in rice dough and chicken cutlets. There are 203 recipes.