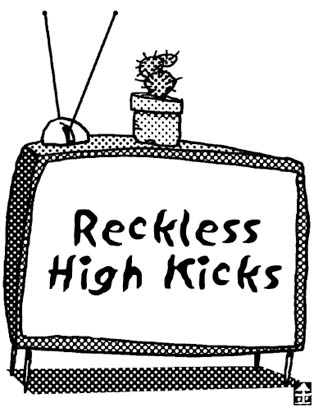 Sitcoms were first produced in the United States in the 1950s and 1960s and have become a popular TV genre all around the world. Sitcoms and reality shows are easy to understand and thus they are suitable for a mass television audience. Sitcoms can be made on a low budget with stories about daily life that everybody experiences.
Because sitcoms are about popularity not quality, their cultural value is suspect. French Movie Director Francois Ozon titled his debut movie “Sitcom.” It’s a film depicting the ugly reality of a middle-class family who, from the outside, appear to have no problems.
His work inverts the cliche of a happy family life that is a staple of sitcoms. As series like “Friends” and “Sex and the City” became popular around the world, people started to pay attention to the cultural influence of this genre.
In Korea, sitcoms began to air in the 1990s and have since grown rapidly. Many popular series featured the decline of traditional values and drastic changes in the family structure.
Famous characters played fathers who hade no authority. Instead, they portray the snobbish aspects of the middle-class or the innate vulnerability of men. Middle-aged veteran actors acted as narrow-minded or cowardly men.
Their relationship with women is reversed from the traditional one. The Korean sitcoms capitalized on the decline of patriarchy and established authority in the 1990s.
These days, the most popular sitcom on television is “Reckless High Kicks.” In this series, Lee Soon-jae plays a boorish doctor of Oriental medicine.
After an episode in which he downloaded and watched a porn video clip from the Internet he earned himself the nickname “porn watcher.”
Inside his family there are three generations and the most powerful person is his daughter-in-law who is also a doctor. Her husband has no job and is good for nothing. He does the housekeeping and takes care of their children. The daughter-in-law gives her mother-in-law a hard time, a reverse of the conventional relationship.
This show also illustrates how the power structure inside the family is changing.
The characters on the show are far from being perfect human beings. Viewers can laugh at the cowardice of human beings and no harm is done. The older generation earns friendship in return for the authority they have lost. That’s why this show is so popular amid the frenzy about American sitcoms and soap operas.
The writer is a deputy culture and sports editor of the JoongAng Ilbo.