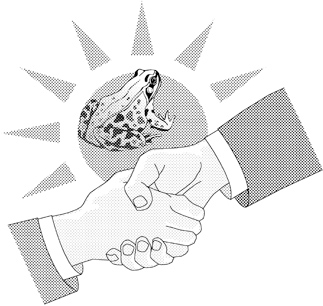 The 24 solar terms indicate the changes of seasons based on the revolution of the Sun. Therefore, its principles coincide with not the lunar calendar but the solar calendar. Because the names have been given to reflect the seasons of Northern China, the “Start of Spring” comes in early February, still in the middle of winter, and the “Major Cold” comes in early December, too early to expect the first snow in Korea. Korean ancestors adopted the 24 solar terms to accommodate the seasons of the Korean Peninsula and referred to it as an agricultural guideline. There are many proverbs about the solar terms. “After the ‘Limit of Heat,’ even mosquitoes cannot bite,” meaning the leisure of the people welcoming fall after a hot summer. Sayings like “Draught at the ‘Grain Rain’ dries up the earth three feet deep,” and “Don’t visit the neighbor where barley doesn’t come into ears by ‘White Dew’” explain the inseparable relationships between farming and the seasons. “The ‘Major Cold’ froze to death after visiting the ‘Minor Cold’” is a favorite comment of weather forecasters.
However, we no longer refer to the solar terms so often. You might get embarrassed if you attempted to explain the climate changes with the solar terms, when even supercomputers cannot predict the weather due to global warming and unusual phenomena. Also, the agricultural population has decreased drastically as a result of industrialization, so people are not as sensitive to the traditional solar terms any longer.
A few days ago, a reference to the solar terms came in an unlikely circumstance. It came from North Korean Vice Foreign Minister Kim Gye-kwan at Narita International Airport in Japan on his way back to Pyongyang from New York after working-level meetings with Washington. He said, “After the ‘Rain Water,’ the ‘Awakening of Insects’ comes, and with the spring approaching, the atmosphere will change,” suggesting the changing current on the Korean Peninsula. It was people from Pyongyang who coined the proverb, “The ice on the Daedong River melts when the ‘Rain Water’ and the ‘Awakening of Insects’ come.”
When someone who has been silent starts to speak, Koreans say, “The insects have been awakened,” comparing it to spring, when insects start to chirp. The day that Mr. Kim met with U.S. Assistant Secretary of State Christopher Hill happened to be the “Awakening of Insects.” The stalemated six-party talks took their first step. The full-fledged journey begins now. By the time the “Clear and Bright” comes on April 5, I hope the weather chart of the Korean Peninsula will be clear and bright.

The writer is a Tokyo correspondent of the JoongAng Ilbo.