How the strong grew weak

How the strong grew weak 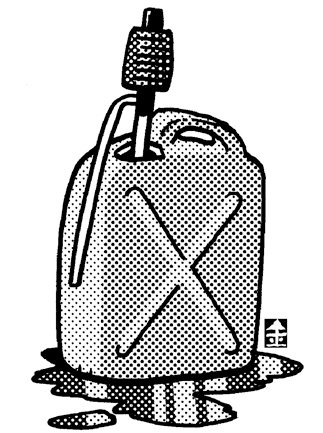 When the oil shock of the 1970s hit, countries that imported oil responded in two ways: The majority of advanced nations immediately permitted a price increase in oil while many developing nations started to regulate domestic oil prices. The former allowed the market to adjust to the oil crisis; the latter directly manipulated the market.
Which is the “strong government?” It might appear at first glance that governments that allow oil prices to float exude an anemic influence on the market and governments that regulate oil prices are stronger. But the opposite holds true.
In countries where the price of oil increased according to market principles, consumers took it upon themselves to start conserving energy. Technology to reduce energy and replace oil naturally burgeoned. In countries that forcibly suppressed oil prices to soften the blow of booming oil prices, oil consumption did not decrease. Rather, this practice triggered speculative demand and cornering and hoarding practices, as well as the creation of black markets. While advanced nations decreased their dependence on oil, developing nations remained highly dependent.
A so-called “strong government” disregards the will of the market or the people when establishing national objectives, and they enact policies to achieve these objectives. If an oil crisis occurs, the government establishes an objective of stabilizing domestic oil prices, and it jumps into the market to regulate prices. The problem remains that the more it throws itself into the market, the weaker the market function becomes, and the effectiveness of the policy drops dramatically. A vicious cycle ensues. The so-called “strong government” employs stronger policies and harsher restrictions to compensate for its previous policy failures.
As the government failures accumulate, it grows distant from the market and the people. The effectiveness and influence of the government shrivels and the government ultimately leads the country to an economic collapse or loses power.
The American theorist of international relations and American foreign policy John Ikenberry referred to this as the “irony of state strength.” Strong governments that enact strong policies end up becoming feckless ― the people turn their backs on such governments.
From its inception, this government has aspired to become a “big and strong government.” Regardless of the will of the people, they have pushed forward policies, including an investigation to clarify the past, stabilizing Gangnam property prices and pushing through constitutional amendments. As a result, they have become a “weak government,” barely sustaining a dismal 10 percent approval rating. The government has fallen prey to an “irony of state strength.” A truly strong government resists the temptation to manipulate the market and possesses the ability to control its power.