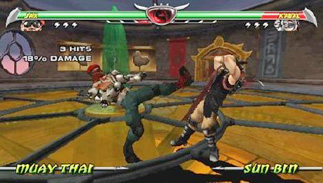 A hero needs a lost cause. And there are few causes more lost than that of a defense attorney in the Japanese legal system.
The first Ace Attorney: Phoenix Wright game, a DS remake of a Game Boy Advance adventure released only in Japan, was a surprise hit. The same endearingly melodramatic twists, the title attorney winning his case through slamming his desk, are back in the sequel, Justice for All.
There are two parts ― investigation and trial. During the former, you move Phoenix from place to place, “examine” the scene by touching different objects on the DS touch pad, interview witnesses and piece together the real story. There are four episodes, each with a different case. There’s quite a bit of DS functionality here for a Game Boy port. As a childhood “Perry Mason” fanatic I admit to getting quite a kick out of shouting, “Objection!” into the DS microphone to halt the trial. Often “presenting” a piece of evidence related to a puzzle solution isn’t good enough to unlock it, and there are sometimes arbitrary distinctions, but it’s a small price to pay for an adventure this delightful. By Ben Applegate 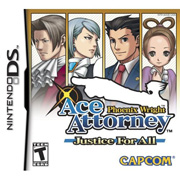