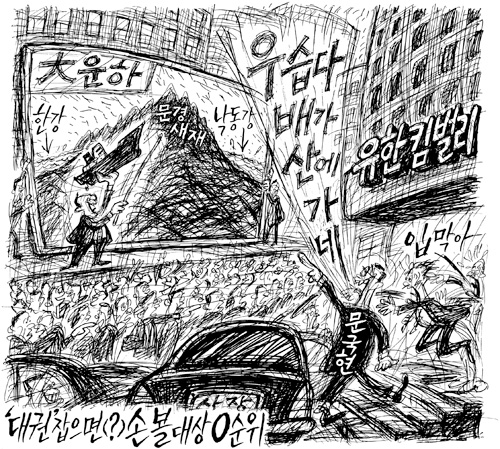 Moon Kook-hyun, the chief executive of Yuhan-Kimberly who recently announced that he’ll run for president, ridicules Lee Myung-bak, the former mayor of Seoul, for promoting a project to build a long inland waterway in the country, saying “It’s a funny project.” The cartoonist predicts Mr. Moon will be the first victim of power if Mr. Lee is elected president. By Kim Sang-taek