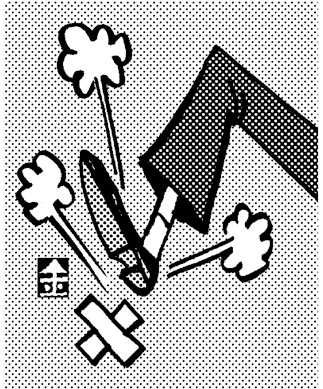 In Seoul in the 1970s, under the apogee of martial law, people hung their heads so they wouldn’t be arrested by the police. A writer, Jung Ul-byung, attempted to experience life in a prison to see what kind of treatment the people, who were repressed, would receive. In 1974, he published a short story based on his experience.
The powerful critique throughout the novel was arresting. The novel was a rip-roaring masterpiece that described the reciprocal relations between the one who pushes another person and the one who is pushed. You push your family to sell-out everything they have; prisoners who have nothing to do just push everything into their mouth; prison officers push the prisoners by counting their number day and night; the detectives push you by beating you senseless; the prosecutor pushes you with summons about nothing; and finally, the judge pushes you by neglecting your trial.
Notwithstanding the popular urban saying, “a pardon for the haves, guilty for the have-nots,” a prisoner jailed under unfair circumstances thirsts for private meals procured by family or friends. He literally devours whatever he can get. A prison officer counts heads, because he is not allowed to miss one prisoner. A detective does not mind battering a suspect, because he is too busy to investigate the person anyway. All he needs is a confession. A prosecutor makes call after call to a confined suspect, since his achievements look good if he works up some crimes and settles sentences. What about the judge? Legal procedures are always subtle. A judge can extend a sentence while the bewildered defendant does not understand what the judge said. Forget human rights; you will be an elite judge. The Korean phrase translated here as “push” also has a dictionary entry, meaning “battering severely.” However, this is rather a modified definition.
In truth, the term holds in itself a shuddering cruelty that would drive another to madness and can be a swear word.
Yu Shi-min, minister of health and welfare, mentioned at the cabinet meeting on March 13, “Rumor had it that prosecutors are called heroes if they ‘push’ the Blue House.” Tossing this remark aside, the president set about attacking the prosecutors. No wonder, the president was quick to retort, as he is the one who never hesitates to say “the media pushes us.” Three decades have passed since Jung Ul-byung’s novel, however. Push words are merely for swearing.
In a cabinet meeting where national affairs are discussed, one heedlessly utters “push.” Where has the dignity of a country renowned for its sophisticated culture gone?