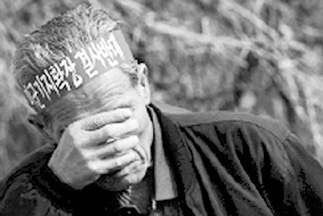 “Is Everyone Alright” is a free screening of Korean documentaries made by independent filmmakers. The documentaries cover a wide range of social issues in Korea. They show at various times at the Ilmin Museum.
“Camellia Lady,” by Park Jeong-suk, delves into the lives of patients suffering from Hansen’s disease who were sent to Sorok Island during the Japanese occupation. They were separated from their families for decades. A profile of Lee Haeng-sim, a victim who has been living on the island for 74 years, is included.
Through the eyes of three activists, Hwang Yun looks at animals killed by vehicles on Korean highways in his “One Day on the Road.”
Gyeong Sun’s “Shocking Family,” which won the Okrang’s Award during the Women’s Film Festival in Seoul, zooms into the lives of three women in their 20s, 30s and 40s who talk about the meaning of their existence within a family system.
“Taxi Blues,” which won the Best Asian Feature Documentary Film at the 2006 Syracuse International Film & Video Festival, documents Seoul’s urban landscape from the point of view of a taxi driver. Through poignant metaphors and symbols, the film positions the city as facing apocalyptic destruction. The audience actually hears passengers complaining that “there is no hope,” that “the end is near” and that they want “to see the world splitting apart.”
Using bankruptcy as a starting point, director Lee Gang-hyeon delves into key issues that have shaped Korea’s economic landscape since the 1997 foreign exchange crisis in “The Description of Bankruptcy.”
“Daechoori War” delves into the struggle Pyeongtaek residents faced against the U.S. military base relocation; “To Find Tiger Kim” is a documentary about the director’s family during a journey to track down an ancestor nicknamed “Tiger Kim.”


Not all films come with English subtitles. Admission is free. “Is Everyone Alright” runs through April 1. Film times vary. To get to the Ilmin Museum, use exit 5 at Gwanghwamun station (line 5). For information call (02) 2020-2061.