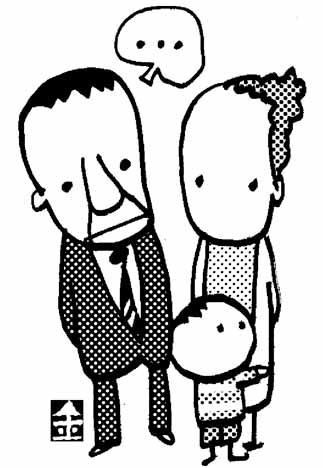 “Paternity uncertainty” refers to men who are unsure they are the father of a child. The British journal “Proceedings” published fascinating research that revealed people feel closer to their mothers because they harbor some degree of paternity uncertainty. According to the research, more respondents said they were likely to run into a burning house and save a cousin on their mother’s side. Researchers explained this as the psychological mechanism of altruistic behavior towards maternal relatives because of paternity uncertainty.
The research provides answers to why we feel closer to our maternal aunts. Elementary school children who were asked to draw a pedigree chart, focused on maternal side relatives. Furthermore, men are less hesitant about living with in-laws. Scenes in movies like “Shim’s Family,” where the mother sits at the head of the table during meals even though the father is present, no longer seem peculiar. In this movie, the son from another relationship and an older, single aunt live together. These examples demonstrate the shift toward a matriarchal culture.
The Mosuo tribe living near Yunnan, China is a rare empire of women. Living in the heart of a mountain 2,700 meters above sea level, they have maintained a maternal society for nearly 1,500 years because of a unique tradition called “zou hun” or “walking marriage.” When a girl reaches her thirteenth birthday, they hold a coming of age ceremony for her and she can select multiple sex partners. The men live with their mothers and visit the woman only when engaging in sexual relations. Naturally, nobody knows who the real father is. The women raise the children. Words like “father,” “husband,” or “getting married” do not exist. When necessary, the maternal uncle plays the minimal role of father. The woman is the head of the household. This custom formed as a result of paternity uncertainty.
Closer examination reveals that paternity uncertainty forms the root of family relations in a patriarchal society. As people living in agricultural societies started accumulating wealth, the patriarchal system was created as men wanted to bequeath their assets to their real son in a desire for self-preservation. In a paternal-centric system, married women become their husband’s property; assets and the family line are passed to the son; and women are obligated to maintain their chastity.
The research states that although paternity uncertainty may have established a paternal society, perhaps people have long yearned for maternal rights and “maternal assurance.”