Let’s get clear on the FTA

Let’s get clear on the FTA 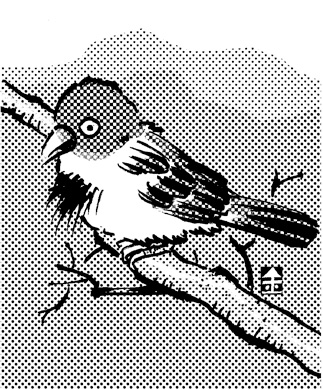 The feathers on its chest distinguishes the sex of the sparrow -- male sparrows have dark feathers. The sparrow with the darkest feathers is at the top; this leader is usually old and strong. A professor at Washington University painted the chest feathers of a male sparrow black. Noticing its black coloration, the other sparrows were frightened and avoided contact, which allowed the sparrow to feed at will. However, after a short time, the other male sparrows started to harass the sparrow; after determining the sparrow was mediocre, they pecked it to death.
The angle at which feathers are raised determines the hierarchical status of the jaybird. The strongest jaybird has its feathers raised at 90 degrees and adopts a very combative posture. A weak bird that raises its feathers unwittingly suffers the consequences.
Running for president is very similar to painting the sparrow black, and raising the jaybird’s feathers. However, this is not the case for current candidates; they are busy fence-sitting regarding important national issues. They are not raising their plumage, nor are they flattening them. They want to stock up on food while avoiding the possibility of being pecked to death after a challenge.
Grand National Party candidates Lee Myung-bak and Park Geun-hye, who had supported the FTA, have suddenly become vague regarding their position on opening the rice market, which prompted the former Gyeonggi governor, Sohn Hak-kyu, to question whether they had ever clearly stated their support for the FTA. Chung Dong-young and Kim Geun-tae, former chairpersons of the Uri Party, and the former president of Seoul National University, Chung Un-chan are even worse -- they say the agreement is being rushed and should be delayed until the next administration. They do not mention why it is being rushed, what clauses are disadvantageous, or how they intend to fix the problem. They do not explain why it should be handled in the next administration. Voters can make a decision when offered a choice of ideas. The situation has reached the point where even President Roh Moo-hyun has said, “Politicians should not lie.”
The suggestion to postpone the agreement is the most underhanded; without taking a stance on any concrete issues, they hope to attract voters who are for and against the agreement. At least the Democratic Labor Party has voiced its unconditional opposition to the FTA itself. Fence-sitting politicians approach national issues like education, taxes and pensions in a similar fashion. Sparrows with phony plumage seem bent on becoming the phoenix.