[Book in brief]The necessity of luxury, and more

[Book in brief]The necessity of luxury, and more 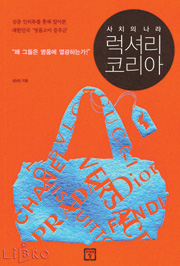 Consumer expert Kim Nan-do was one of the few people who benefited from last year’s big counterfeiting case, featuring the Vincent and Co. watch. The case convinced a publisher that it was time to promote public awareness about “chasing blindly after luxury goods.” Before, publishers had rejected Mr. Kim’s book, saying there was no point in criticizing people’s innate tendency to like luxury goods. Now Mr. Kim has a venue for his claim that an addiction to luxury is a serious problem. “Luxury Korea: The Country of Extravagances” (Miraebook) is a rather glum report that the author compiled from in-depth interviews that include a college student who says she “deserves” to buy high-end products, while a housewife in her 40s says she believes a prestige bag will improve her social status.
Kim writes that Chanel bags became “everyone’s it-bag” in the mid-1990s, and, every sector of society became convinced that luxury goods were a necessity. By Lee Min-a 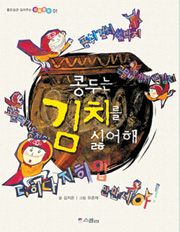 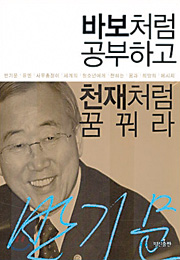 Kimchi may have become internationally popular, in part because of the trend toward eating healthier products, but the pungent spicy food is still the “nasty stuff” for some younger Koreans.
If your kid is one of them, Kim Ji-eun’s new book, “Congdu hates Kimchi”(Schola Publishing) might help to change their mind. Congdu spends most of his day dodging his mother’s efforts to spoonfeed him “spicy, salty and stinky” kimchi bits. His mother tells him that it is good for his health because it is filled with lactic acid and it will help his digestion, but he doesn’t understand One day, he meets a girl from the future, also called Congdu, who takes him on a meaningful journey. In the end, he is reborn as the “kimchi boy.”
During the journey, he learns that a type of overseasoned kimchi is thought to cure some eye diseases. Certain radishes and roots work as a stamina food, while the dish also helps people to appreciate the pleasures of eating slowly. By Lee Min-a 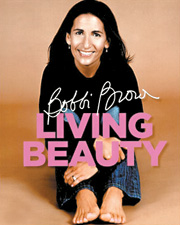 “Work like a Fool and Dream like a Genius” (Myeongjin Publishing) is the biography of Ban Ki-moon, the UN secretary-general. It was written by a news reporter who has covered Mr. Ban since he became Korea’s foreign minister. The book tells the dramatic success story of a young boy from a humble background who overcame hardships to become one of the world’s leaders. Using photographs and quotes from Mr. Ban’s family and close aides, the book has stories from his early days that were kept hidden from the media. The book tells how Mr. Ban learned English 50 years ago when foreign language education was not widely available. As a supplement, the author includes Mr. Ban’s speeches at the United Nations and there are separate pages for young people on how to become a diplomat and join international organizations. But, most of all, the book is an object lesson from an opportunist who went rose to the top fuelled by an unfailing optimism and belief in his own future. By Park Soo-mee

We can all be beautiful

“Living Beauty” is a beauty and make-up tip book from an author who has become an international symbol of glamour and style. The book is the fourth from Bobby Brown, one of the world’s most famous make-up artists. She claims beauty is possible at any age. Although the author is not the first one to argue this point, she repeatedly stresses that beauty is achieved by finding out what fits your age, instead of mimicking the style of a 20-something through artificial methods like plastic surgery. Indeed the book, which was written for the author’s 50th birthday, conveys some honest insights on women’s aging, encouraging women to “age gracefully” through healthy skin-care and diet. She argues that the idea of “living beauty” means becoming confident about your wrinkles, and using your energy to trigger inspirational goals for life. By Park Soo-mee